Turmeric for Cuts and Scrapes 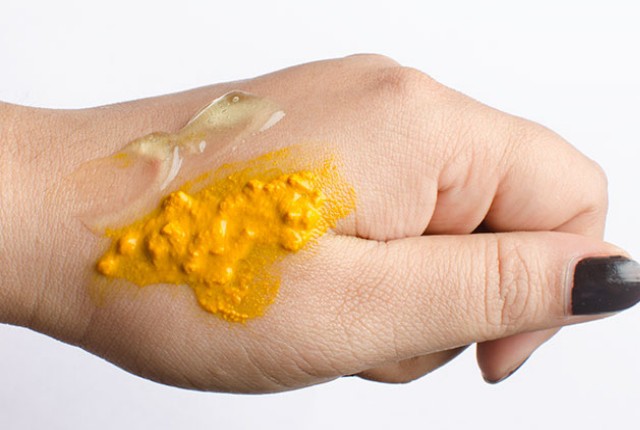 Personality Traits That Make You Highly Prone to Stress

Cuts and scrapes can be inevitable results from daily activities. Instances where slicing veggies in the kitchen causes a cut in the finger or attaining a scrape by accidentally rubbing the skin on a rough surface are all but normal events that can occur at home. Once a wound appears, the most often scenario that follows is to look for the first-aid kit with the betadine, alcohol, hydrogen peroxide and band-aids. Some even resort to sucking the blood on the wound to stop the bleeding. What most people don’t know is that aside from using products available in the market to treat their wounds, one of the best healers of cuts and scrapes are just inside the kitchen cabinet. The only thing one needs to find is turmeric.

An open wound that continuously bleeds is a good ground for bacterial infection. But worry no more because turmeric is scientifically proven to have an antibacterial property. It also has an anti-inflammatory effect which can prevent swelling and ease the pain from the cut or scrape. It also has the capacity to stop the bleeding and close the open wound which is very important since open wounds could serve as outlets for bacteria to thrive and further cause undesirable infections. Turmeric can also help generate new cells on the skin in order to replace the damaged ones. The probability of a visible scar can also be minimized with the help of turmeric.

Turmeric in the form of a paste is the most convenient way to apply it on the wounded area. In order to make a turmeric paste, the whole turmeric must first be grounded. One or two teaspoons of the ground turmeric is then to be mixed with enough water. The number of teaspoons of ground turmeric is flexible. If a cut or scrape is large, the number of teaspoons can be increased. Aside from using water in making a turmeric paste, one can choose alternatives such us coconut oil or other oils. This way, the healing effect of turmeric can be reinforced due to the beneficial properties present on the other ingredient.

Turmeric has been used for household purposes for centuries. It is a spice popularly known to enhance the flavor of a food. But aside from its amazing ability to enrich the flavor of a dish, it also has a magnificent medical capability in treating cuts and scrapes. However, the remedy that turmeric is capable of is only for small and minor cuts and scrapes. Turmeric pastes are not guaranteed sufficient in tending to deep and serious cuts.

The Top 4 Chemicals that May Place your Life in Danger

Eyeliner Tricks for All Eye Shapes

Things That Increase Your Risk of Pneumonia