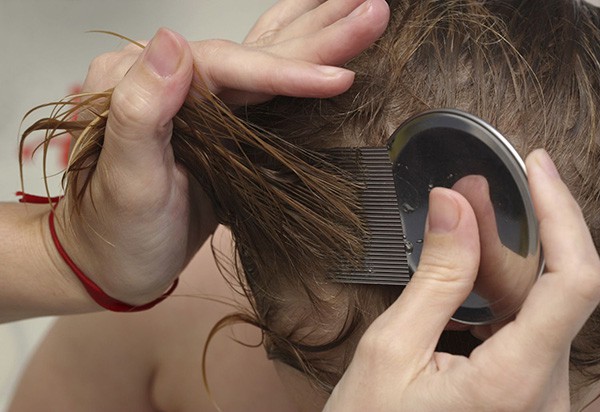 Tips on How to Stop That All or Nothing Eating

Head lice infestation, also known as nits, cooties, and pediculosis capitis, refers to the infection of the head hair and scalp by the head louse (with the scientific name Pediculus humanus capitis). While the condition is not considered as serious, it is usually caused by poor hygiene. Humans can become the host of the lice and to confirm the diagnosis, live lice must be found on the head of the person.

According to Centers for Disease Control and Prevention or CDC, head lice infestation is most common among preschool and primary school-age children in the United States. While the condition is not assumed to transmit disease like what other conditions do, scratching of the head may lead to secondary bacterial skin infection, as per the publication.

As per CDC’s data, about six million to 12 million cases take place annually in the United States and these involve children aged three to 11 years of age. This is supported by some studies, which found that femaes get head lice more often than males. As per the findings, this could be due to more frequent head-to-head contact.

CDC also revealed that head lice infestation is much less often among African-Americans that among persons of other ethnicity in the Unites States. Moreover, the head louse species found in the United States may have claws that are more adapted for clinging to the hair’s shape and width.

While it is not a serious condition, head lice infestation also presents a number of symptoms. According to Healthline, itching is the most common symptoms of any sort of head lice. As per the publication, the itchiness or pruritus is an allergic reaction secondary to the bite of the lice. It is added that the person may not feel itchy immediately and the person may not note any other symptom for up to six weeks the first time she gets lice.

Head lice infestation may necessitate medications prescribed by the health professional, if the condition is severe; however, for mild to moderate cases, they may be resolved by home remedies.

Almond and olive oil are some of the vast choices when it comes to managing head lice infestation. According to EnkiVillage, the oil smothers or suffocates the lice; the mechanism slows the parasites down for a comb to be able to remove them more easily. As per the publication, some people coat the hair while others choose to coat the comb. Coating with the oils first lets a person to separate her hair into smaller sections, which keep them separate with clips. Also, a good practice is to do the procedure in an area with good lighting to see the head clearly and to frequently rinse the comb with running hot water. After that, the hair is shampooed and rinsed twice while the towel and comb are cleaned thoroughly.

Petroleum jelly and tea tree oil are another remedy options for head lice infestation. According to Top 10 Home Remedies, petroleum jelly does have a “stifling effect” on lice on a person’s head. A thick layer of the jelly is applied to the scalp prior to sleep and the head is covered tightly with a shower cap or towel, leaving it on overnight. Then, baby oil is used to remove the jelly in the morning and the hair is combed thoroughly to remove the lice.

On the other hand, tea tree oil acts as a natural insecticide. A teaspoon is mixed together with an ounce of natural shampoo and three tablespoons of olive or coconut oil. Then, the resulting solution is gently applied throughout the hair. Next, the head is covered with a towel or shower cap, leaving the head covered for half an hour, before rinsing it thoroughly with hot water. Finally, the hair is combed while it is still wet to remove the dead lice.

Overall, head lice infestation is not as urgent as vehicular accident and is not as serious as cardiac and respiratory diseases. However, it is important to seek medical consult, as the condition affects the head, which is near the brain. As a result, it may compromise the person’s overall state of health.

Body Sculpting Minus the Scalpel: Workouts that Work

How to Use Coconut Oil for Your Hair