Problems That Mimic a UTI 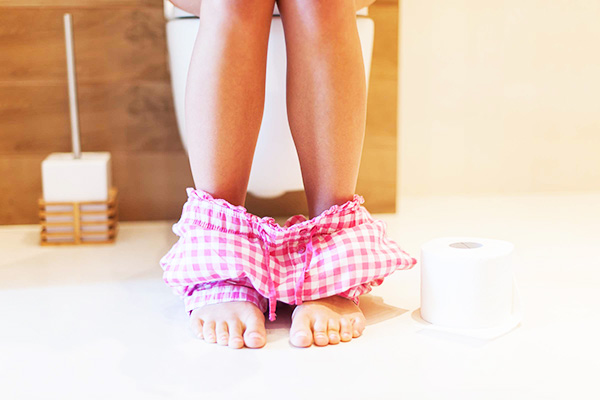 Have you had a UTI more than once before? Then you must know a UTI each time you encounter one. Or do you?

Actually, there are so many other things that can cause the same symptoms that are associated with a UTI, such as a frequent urge to pee or burning sensation when doing a number 1.

Some of those issues that tend to mimic a UTI can be so serious that they need to be treated ASAP.

But because they can easily be mistaken for a UTI, some people who experience them may simply rely on some tried-and-tested home remedies for a UTI to make the problem go away. But if the symptoms do not resolve after a while, then there is no denying that it’s not a UTI — it’s definitely something else.

So if you are not 100 percent sure that it is a UTI that you are facing, it’s a good idea for you to pay your doctor a visit so that it may be properly identified and treated.

Here are some problems that are known to mimic a UTI:

One of the many classical symptoms of diabetes is a frequent urge to urinate, and that’s why some people who have undiagnosed diabetes believe that what they are suffering from is just a UTI.

However, it’s important to note that someone who has diabetes is at higher risk of having a UTI than everybody else. It’s for the fact that his or her blood sugar level is high, which is something that encourages the growth of bacteria, easily causing a UTI to strike.

Also Read   Celery Juice is Trending, But Should You Really Drink It?

There are a number of sexually transmitted diseases or STDs that can mimic some of the symptoms of a UTI. For instance, it is said that chlamydia and gonorrhea can cause an increased urge to urinate as well as burning sensation while urinating, both of which are commonly associated with a UTI.

It’s of utmost importance for an STD to be pinpointed and treated right away to prevent it from spreading from person to person, and also to keep at bay its complications, many of which can be very serious.

Just like what the name says, bacterial vaginosis is an infection of the vagina due to the overgrowth of a certain type of bacteria. It may sound like it’s a form of STD, but it’s not. However, having an STD can actually increase a woman’s risk of developing bacterial vaginosis.

Having bacterial vaginosis can make you think that what you are having is a UTI because it can make you experience a burning sensation each time you hit the toilet to urinate.

If you’re a male, then you may encounter problems with your prostate gland (a walnut-sized structure that releases fluid that protects as well as nourishes sperm cells) that can easily mimic a UTI.

Sometimes the prostate gland may become enlarged, a condition known as benign prostatic hyperplasia, and it can cause typical UTI symptoms such as a frequent urge to pee. When it comes to prostate cancer, some of its symptoms that are UTI-like include increased urination and also pain when peeing.

Also sometimes referred to as interstitial cyst, painful bladder syndrome is a long-term or chronic issue with the bladder. Experts say that it has something to do with problems with the inner lining of the urinary bladder. It is also believed to be due to overactive and irritated pelvic nerves as well as brought about by an autoimmune disease.

Just like a UTI, painful bladder syndrome can cause symptoms such as an increased urge to urinate throughout the day and peeing small amounts of urine each time.

There are a handful of other medical conditions that can mimic a UTI. When you are in doubt, see to it that you pay your doctor a visit as soon as you can — it’s so much better to err on the side of caution!

Sourcerd.com
Previous articleFantastic Beauty Uses for Brine
Next article6 Foods to Avoid If You’re in Your 40s

Tips on How to Remove Dark Circles Under the Eyes

Check Out These Healthy Alternatives to White Rice