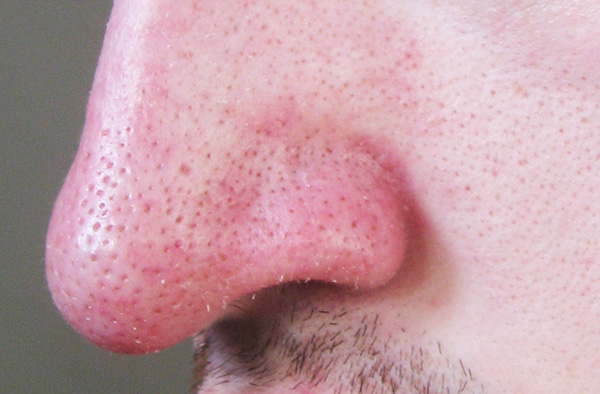 Large nose pores are great aesthetic concerns for some people, especially those who always want to look at their best. While it may be unsightly for some, others  look for ways to resolve this condition. The following are the causes, signs and symptoms, and home remedies for large pores on the nose.

According to Leaf TV, large pores on the nose result from the production of oil or sebum from the sebaceous or oil glands in the nose, in addition to squeezing pimples and blackheads from the nose. As per the publication, sun damage and aging also contribute to the enlargement of pores of the nose skin. According to “The British Journal of Dermatology,” as cited by Heal Cure, large nose pores are caused by three factors – oily skin, aging, and gender. As per the publication, people with oily skin have higher risk of mixing the oil with dirt, which plug the hair follicles, making the skin pores appear bigger. Then, skin loses its elasticity when collagen production decreases as the person ages. In terms of gender, males are inclined to have larger pores than females; however, the latter also have chances to develop large nose pores during menstruation due to associated hormonal changes.

Large nose pores are characterized by skin pores larger than the usual pore size. Visible blackheads or whiteheads are also manifestations due to the enlarged size of the skin pore.

While cosmetic products that reduce skin pore size are available in the market, remedies can also be done at home to help manage the condition.

One remedy for large nose pores is nasal or nose strips. Available commercially, these strips also help clean the nose pores and make them less visible. According to Heal Cure, they are usually placed on the nose and then peeled off after. As per the publication, the strips have ingredients that hold on and absorb the solid debris that are trapped in the pores of the nose. These strips can be used instead of picking the nose, since doing the latter just adds oil and debris from the hand to the clogged pores of the nose; this increases a person’s risk of infection and acne breakout.

Other remedies for large skin pores include lemon juice, cucumber juice, and rose water. According to Natural Beauty Tips, the contain vitamin C and enzymes that promote facial skin firming and tightening. As per the publication, lemon juice also has acids that cleanse deep skin impurities.  The person just has to mix a tablespoon of lemon juice with a cup of rose water and half cup of cucumber juice. Then, the resulting mixture is applied on the skin area to lighten and for the pores to shrink.

The combination of honey, sugar, and olive oil also helps reduce skin pore size. According to Home Remedy Shop, honey has antibacterial, medicinal, and healing properties, along with potassium that has bactericidal properties. As per the publication, it can be combined with yogurt and the resulting mixture is applied on the pores. Meanwhile, two tablespoon of sugar can be added to a tablespoon of olive oil and a few drops of lemon juice and the resulting mixture is applied on the face for 20 to 30 seconds.

Large nose pores may be due to the buildup and clogging of oil, dirt, and bacteria in the nasal skin pores and it may be disturbing for some people when they look in front of the mirror. Along with the aforementioned remedies, large skin pores may be checked by a dermatologist for p[roper assessment, diagnosis, planning, intervention, health education, and evaluation.

Tips To Get Rid Of Yellow Nails

Habits That Decrease Your Happy Hormones

Tips on How to Put Up your own Home Gym