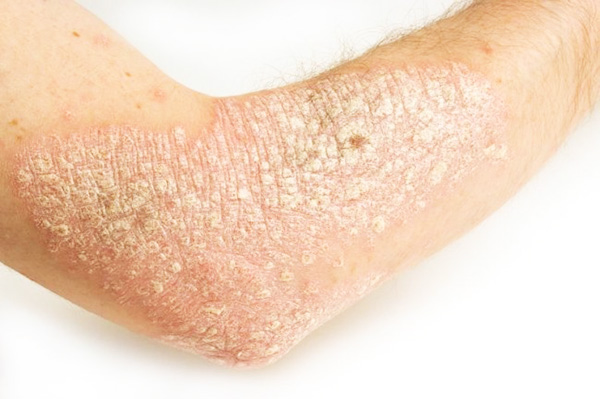 Check Out These Foods That Promote Good Mood

Tips on How to Beat Seasonal Affective Disorder

Put simply, hyperkeratosis is the abnormal thickening of the skin’s outermost layer which consists of a type of protein called keratin. Sounds familiar? Well, it’s also something that makes up your hair.

Hyperkeratosis is actually your body’s way of protecting areas of the skin that are repeatedly irritated, such as in the form or pressure or friction. In other words, it’s something that is good for you. However, this does not mean that certain problems are not associated with hyperkeratosis. Depending on where it’s located, hyperkeratosis can actually cause pain and discomfort, as well as a bunch of cosmetic nightmares.

When a part of the body constantly receives pressure, friction or any other localized irritation, the skin becomes hard and thickened. Just like what’s earlier said, the skin’s outermost layer consists of keratin, which is a type of protein that’s fibrous. It’s for this reason why any form of hyperkeratosis can be rough to the touch.

However, there are forms of hyperkeratosis, too, that happen even without the involvement of some type of irritation. According to experts, they are hereditary in nature. If your parents have such kind of hyperkeratosis, there is always this possibility that you may also have or develop it.

Experts say that being deficient in vitamin A — a nutrient important not only for sharp vision but also healthy skin — can also be the reason behind hyperkeratosis. The same is true with constant exposure to arsenic.

Also Read   What You Need to Know About Moringa Supplements

You are also considered at risk of hyperkeratosis if you have allergies or are getting too much sun exposure. You may also have it if you are using dentures or have a dental appliance, a smoker, or you always accidentally chew your cheek — yes, hyperkeratosis can also strike your mouth!

The appearance of hyperkeratosis tends to vary, depending on where on the body it forms or which type it is. For instance, it can be in the form of rough patches that are raised and slightly darker if it’s a callous or corn. If hyperkeratosis happens on the scalp, it’s very much likely for hair loss to be present.

Most of the time, hyperkeratosis does not cause any pain or discomfort. It is a different story, however, for some cases of it. For instance, we all know how very annoying it is to have corns. Those with warts on the soles of the feet or toes (plantar warts) may also be in a great deal of discomfort each time they put on shoes and walk.

When it comes to hyperkeratosis in the mouth, the affected areas may form white spots.

Just like when it comes to the appearance, treatment for hyperkeratosis also vary. Basically, it all depends on which type of hyperkeratosis it is and the causative factor.

For instance, calluses and corns can be removed by soaking the affected part of the body in warm water and gently scrapping off the growth afterwards. In the case of warts, salicylic acid or any other topical antifungal treatment may be applied on the growth in order to kill off the virus (HPV) responsible for it.

Also Read   How to Make Healthy and Gluten-Free Cabbage Pancakes

Steering clear of triggers can also help keep some forms of hyperkeratosis at bay. For example, keeping the skin hydrated and avoiding personal care and household cleaning products containing harsh chemicals are excellent preventive measures for those who are suffering from chronic eczema, which can actually bring about hyperkeratosis.

Sourcevitaminsestore.com
Previous articleRemember to Drink These for Sharper Memory
Next articleNatural Remedies for Inverted Nipples

The Signs and Symptoms of Chronic Anxiety

5 Steps to the Perfect At-Home Facial

Home Remedies for Dry Skin Around the Nose

Have You Heard About the Health Benefits Offered by Thai Eggplant?