How to Train your Brain in Seven Days 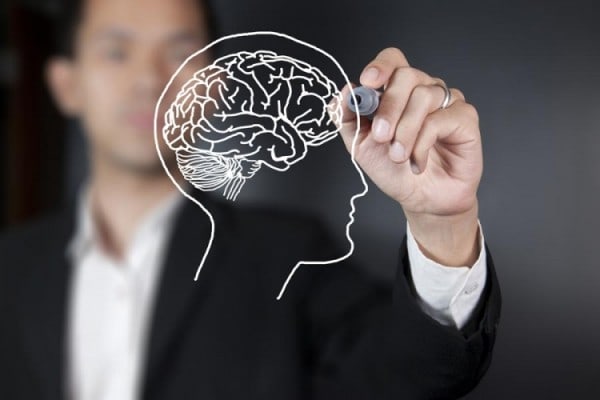 Wladimir Klitschko has been taunting Tyson Fury, and saying Fury’s is only as big as a squirrel. We think Klitschko’s nuts.

The IQ or intelligence quotient of a person measures how mentally agile a person is, and how quick he or she is in understanding certain things. For males in the UK in their early thirties, the mean is around a hundred IQ points. Experts say that this number goes up by three percent in every ten years. But we say you don’t need to wait ten years. We say you can and should increase your IQ now!

We have talked to renowned psychologists and formulated a set of ways to increase your intelligence by a whopping score of seventeen in a single week. With this you can probably face any kind of puzzle or problem in life, except maybe how to survive a direct Klitschko punch.

Day 1: You should be solving puzzle games.

Every test of intelligence and IQ exam has a big part that checks your memory. Think of games that test your memory, like card sharks and the like. Some experts have games where a person should try to memorize and then later on arrange a set of shapes and sounds. It was found that doing this for half an hour a day could increase a person’s IQ by four incredible points.

Day 2: You should be taking your vitamins.

Day 3: You should be playing games with other people.

Games such as Scrabble and Boggle are great tools for stimulating your brain. Experts believe that endeavors that require various skills and techniques and social interaction are really good ways to increase intelligence quotient points. Playing Scrabble with friends for an hour a day would increase your IQ points by one. Not bad at all since you’re having fun.

Day 4: You should be blasting your way to (video game) victory.

Recent research suggests that there is a significant correlation between action video games which are first-person shooters and a person’s improved visual awareness. Improving visual awareness is a critical component when raising one’s IQ points. Experts believe that during activities that test one’s intelligence quotient, the rate and accuracy at which one can review and evaluate visual cues and a variety of pictures is of utmost importance. So yes, Doom, Medal of Valor, Halo, Call of Duty, they are all good for you. For every hour of gameplay, you gain two points.

Day 5: You should be doing a lot of cardio.

Cardio, not weight training, is a key to having a higher IQ. Swedish-based research discovered that having a healthy cardiovascular system can affect you verbal intelligence by fifty percent. Having a healthier cardiovascular system means having higher scores on the IQ test. It was also found that stronger muscles did not have that strong a connection. For every twenty minutes of cardio, you can gain as much as five points.

Day 6: You should be working on practice exams.

Take and retake exams that test intelligence. Doing so can actually increase IQ by two points. Practicing indeed makes perfect, or at the very least improves performance. Practicing raises your ability to understand the next exam and the next and so on. Experts believe that if the time between tests is short (a couple of hours at most), then those taking the test would probably remember what to do and what strategy to use. Practicing for thirty minutes as we mentioned earlier, increases your IQ by two points.

Day 7: You should be eating your vegetables.

Several research found a significant correlation between an enhanced intelligence quotient and eating veggies. Experts have noticed that those with a vegetarian lifestyle have higher than average brain functions and their cognitive abilities decrease at a slower rate. This could mean that incorporating vegetables in your diet could lead to a higher IQ.

The Six Easy Ways for an Allergy-Proof Home

What Your Hair Problems Mean