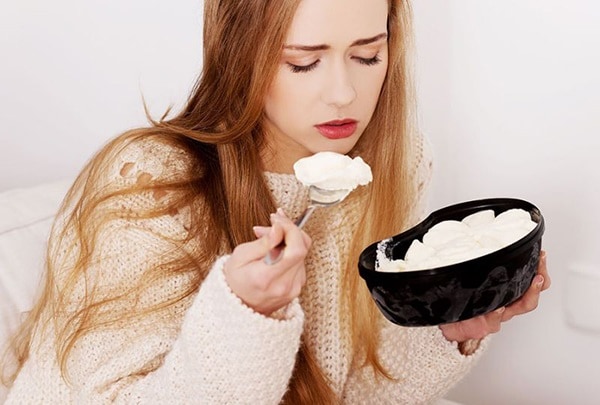 Are you suddenly feeling anxious? You can blame your diet and eating habits for all the jitters that you have been suffering from lately. Research reveals that certain food items can aggravate anxiety, leaving you less focused and on the edge at most times.

In this article, we will enumerate food items that make anxiety worse, and habits you can exercise to alleviate anxiety attacks.

People who totally cut out carbs from their diet are depriving the body of the calming effects delivered by serotonin- a chemical the body naturally produces with direct effects on nerve function and mood regulation. Based on studies, complex carbs help in the release of serotonin. Carbs deliver that much-needed comfort to the body. There are healthy sources of carbs including whole grains and oatmeal. They trigger serotonin release, thus flooding the brain with calm and peace.

The consumption of high amounts of sugar has clear connections with developing not only anxiety but depression too. Based in a 2015 study, postmenopausal women with high levels of sugars in their diets are more likely to feel depressed. Additional studies also confirm the correlation between depression and diabetes as well as dementia. Those who have one of the three conditions are more likely to suffer from the other two health issues. The simple act of adding too much sugar in your diet lets the brain works at sub-optimal levels. Further increase of sugar, the more likely you are to suffer from anxiety and depression as well as increased likelihood of developing dementia and type 2 diabetes too.

Consuming too much coffee can make you alert, but also get jitters too. The instake of caffeine can make your existing anxiety so much worse, This is one of the reasons why those who love caffeine seem to be anxious at all times.

The increase in cortisol levels can make you feel more stressed than usual. Studies reveal that decrease intake of caffeine is related to less anxiety and depression symptoms as well as lower risk of suicide.

In essence, alcohol is a depressant and can make anxiety symptoms worse. Alcohol has a negative effect on mental health. If you are already feeling anxious, try not to aggravate the situation by drinking alcoholic beverages. Alcohol is a downer, and it will make you drowsy too. Instead of helping you fall asleep, it can even interfere with normal sleeping patterns resulting in exhaustion and faster rate of developing anxiety in times of stress.

Fried foods are always bad. Sure, they may taste delicious but steady intake of fried chicken, French fries, and friend pork belly just to name a few can wreak havoc to your system too. Hydrogenated oils are also linked to anxiety and depression. The process of hydrogenation turns vegetable oil into solid form making it a more stable product. Food items that are cooked in hydrogenated oils include trans fat that results in depression and anxiety.

Gluten is a big NO for those suffering from Celiac’s Disease. There are also those who do not have Celiac’s Disease but have gluten intolerance. One common symptom among those who are intolerant to gluten is panic or anxiety attacks.

Avoiding gluten even among healthy individuals can help in enhancing our mental state. It was also revealed that people with gluten sensitivities are more likely to develop anxiety after consuming food items that feature wheat products.

Majority of us eat fast food due to three things: they’re fast, cheap, and easy to make. However if you look at the negative changes that happen in your physical and mental state, you will realize how cutting back on fast food can make you feel happy in life. According to the 2012 study, people who regularly eat fast food easily get anxiety attacks and are more likely to suffer from depression. Eliminating fast food is nearly impossible for us, because we need to treat ourselves with food that we love eating. But if you eat fast food on a daily basis, try to reduce it to once a week or every two weeks, and you will notice the positive impact that it has on both mental and physical wellbeing.

Here are other food items that you should avoid:

Previous articleHere are Effective Ways to Regulate Hormones that Control Weight
Next articleMoringa:Superfood

4 Ways to Cultivate An Attitude of Gratitude

A Guide for a Girl’s Oily Skin

Reasons to Add Cottonseed Oil to Your Diet