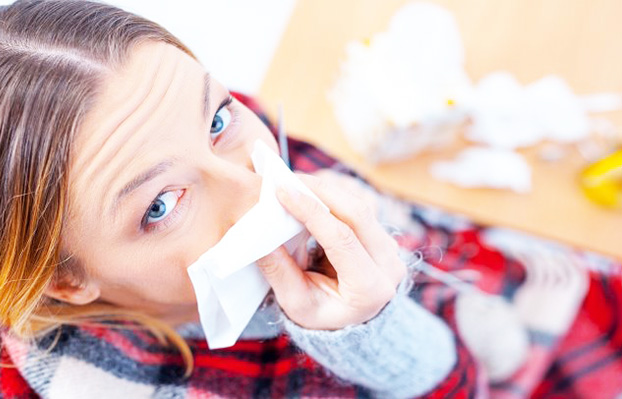 Can You Slow Down Signs of Aging?

Both a cold and the flu are infections of the upper part of your respiratory tract. Because they tend to cause pretty much the same set of symptoms, at times it can be challenging to tell one from the other.

This article will help you identify whether it is a cold or the flu that you are having.

One of the biggest differences between a cold and the flu is how quickly the associated symptoms show up.

Usually, a cold progresses slowly, with its various symptoms gradually intensifying over a few days. Actually, it’s very much possible for you to be able to tell that you are about to go down with a cold a couple of days before it actually makes its presence known.

You may feel a little ill initially, and the next day things may get a little worse. By the third day, it can be apparent that you are indeed suffering from a cold.

The same cannot be said for the flu — one day you are perfectly fine, the next day you are completely ill.

So in other words, the flu can catch you off guard — all of its various symptoms appear all at the same time and usually at full intensity. Put simply, the flu can keep you from being prepared for it.

Earlier, it was mentioned that a cold and the flu can share the same symptoms as both of them are infections of the upper respiratory tract.

However, you can tell that it is a cold you are having if the symptoms appear one by one and their severity progresses as the days pass by. For instance, for the first couple of days you may experience a sore throat. On the third day you may start having runny nose. On the fourth and fifth days, you may have a cough.

It’s possible for adults with a cold to have mild fever, but it’s not uncommon for kids to have fever with a cold. You may also have mild body aches and at times feel weak.

You can tell that what you have is the flu if the various symptoms associated with it seem to appear out of nowhere. And generally speaking, the symptoms of the flu are a lot more severe than the symptoms of a cold.

Unlike a cold, it’s for certain that you also have a fever that can last for 3 to 4 days when you have the flu. You may also experience a sore throat, runny or stuffy nose, a cough, and body aches and pains.

According to doctors, a cold usually lasts for about a week only. However, it is possible for the symptoms of a cold to bug you for more than a week, which at times may mean you have a bacterial infection. With such being the case, it’s likely for your doctor to prescribe you with antibiotics to help fight off a cold.

On the other hand, the flu can last for 1 to 2 weeks, although it is possible for most of the symptoms of it to gradually improve within 2 to 5 days. But despite of this, it’s very much possible for you to feel the after effects of the flu for up to a couple of weeks.

Usually, a cold goes away on its own even without you receiving medical treatment. Drinking plenty of fluids and taking lots and lots of bed rest are the best remedies for a bout of cold.

It’s also possible for you to bounce back from the flu without being taken to the hospital. However, it’s of utmost importance for you to consult a doctor if the symptoms you are having do not seem to improve after a week. You see, the flu can sometimes lead to complications such as bronchitis and pneumonia.

For dealing with the various symptoms of a cold and the flu, there are all-natural home remedies as well OTC medications available for them.

Common Causes of Hot Flashes (Other Than Menopause)

The Best Vocal Exercises that will Enhance your Singing