Cardio vascular diseases are the number one cause of death worldwide. The World Health Organization reports that about 17.5 million people died from cardiovascular diseases in 2012, covering  31% of all global deaths. Of these, 7.4 million were attributed to coronary heart disease and 6.7 million were deaths by stroke. The same organization estimates that the number of people dying from CVD will increase to 23.3 million by 2030.

A heart attack is often an indication of an underlying cardiovascular disease. Heart attacks occur when one of the coronary arteries that deliver blood and oxygen to the heart becomes blocked. This blockage  starves the heart of oxygen, causing damage  to the heart muscle and even death. This event is called myocardial infarction.

Not all heart attacks are the same. Some may be intense and come abruptly, while others build up gradually with little pain or discomfort. Learning to recognize the early warning signs of a heart attack could save you or a loved one.

Chest pain is a classic symptom of a heart attack. It is often described as a sense of discomfort at the center of the chest that lasts for a few minutes or goes away and comes back. The discomfort feels like a tight pressure, a squeezing or aching feeling in the chest or arms that could spread to the neck, jaw or back.

You may feel pain or discomfort in your neck, jaw, back, arms or stomach.

This symptom may appear with or without chest pain. As an early warning to a heart attack, you may feel winded even though you’re not engage in any physical activity or exertion. The symptom continues or worsens as a sign of an impending heart attack.

Doctors say that an occasional skipped heartbeat is nothing to worry about. But a sudden, unexplained episode of rapid, irregular pulse and heartbeat accompanied by weakness, dizziness and/or shortness of breath could be a possible sign of a heart attack.

If you experience nausea, indigestion or stomachache without any apparent cause, you might attribute an impending heart attack to a gastrointestinal problem. Angina or the pain caused by a blocked artery sometimes radiates down to the abdomen. Nausea, vomiting, and  indigestion, on the other hand, may be caused by poor circulation or low levels of oxygen circulating in the blood.

The pain worsens with exertion and gets better when you rest. The symptoms are sporadic and intermittent, easing and returning, rather than one  continuous bout of indigestion.

Unusual fatigue, particularly in women, can occur  during a heart attack or during the days or weeks leading up to one. It comes on suddenly and doesn’t seem to be linked to lack of sleep or any other illness. Some women experience fatigue progressing over the course of the day, with most feeling exhausted by the afternoon.

Persistent coughing or wheezing could be a sign of an impending heart failure which results from fluid accumulation in the lungs. In some instances, people with heart failure cough up phlegm with blood.

Clammy skin, excessive sweatiness without exertion or flu-like symptoms that aren’t accompanied by fever have just been recognized as a sign that frequently happens before a heart attack. Heavy perspiration occurs in many areas of the body, including on the scalp, chest, back, palms, or soles of the feet. For women this may feel similar to hot flashes or night sweats of menopause.

Decrease in the body’s oxygen level caused by the changes in the heart as a result of a heart disease can trigger sudden changes that could lead to unexplained insomnia, anxiety or agitation. Research also shows that self-reported serious anxiety is strongly associated with heightened risk of fatal coronary heart disease.

This symptom can take the form of insomnia, trouble falling asleep, or unexplained middle of the night wakings. Racing thoughts and an overwhelming feeling of impending doom are also signs to watch out for.

Heart attacks are life threatening and requires  prompt medical attention. Don’t hesitate calling emergency services when you think or feel you’re having a heart attack. The sooner you receive medical attention, the better are your chances of survival. 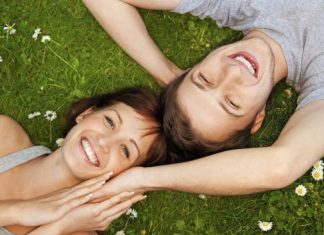 How to Find Love and Happiness in your 40s

MegWright - December 22, 2015 0
You may be glad to know that finding love when you are 40 or above is definitely possible. Unfortunately, many people can find it...

Exercises to Burn the Muffin Top Away

The Five Stages of Sleep

Get Rid of Forehead Bumps