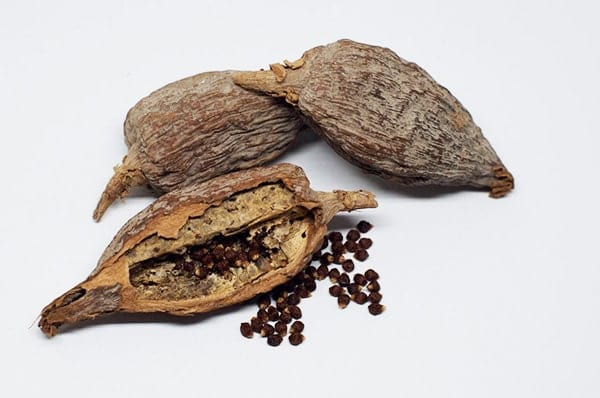 Before You Starts Clean Eating, You Must Read This!

Skin Care Tips for Babies and Kids for the Summer

It may have a savage name, but alligator pepper is actually very amicable to your overall health. Native to various parts of West Africa, it got its name for the fact that its skin resembles the back of an alligator. By the way, alligator pepper is related to ginger — that alone is a testament that it offers an assortment of health benefits.

Before we discuss those health benefits, let’s get to know alligator pepper a little more, shall we?

Alligator pepper is actually a part of many traditions and cultural events Nigeria, Liberia, Ghana, Togo and other African nations where it is native to. It’s a staple in gatherings, festive and mournful alike — from weddings, town meetings to burials. A little of it is also given to newborns as a part of a welcoming rite!

There are some manufacturers of alcoholic beverages that use alligator pepper in making their offerings taste a lot stronger. The likes of beer, gin and wine can be flavored with this African spice.

You can add alligator pepper’s seeds in a variety of dishes that is best served spicy. They are perfect for a number of soups and stews. They also go very well with an assortment of meat dishes such as lamb and chicken. Actually, the seeds may be used as a substitute for black pepper. Since they are somewhat hard, they are usually ground first.

Now that you are more acquainted with alligator pepper, it’s time to check out its health benefits!

Just like its relative ginger, alligator pepper is very good at relieving nausea and indigestion. It has anti-inflammatory properties that help soothe irritated and inflamed lining of the stomach.

Traditional healers prescribe the consumption of alligator pepper for those who are suffering from stomach ulcers as it promotes the healing of those ulcerations as well as the various uncomfortable symptoms they bring. In places where alligator pepper is native to, many also count on the spice for diarrhea and parasitic worms.

By the way, alligator pepper is also known to be helpful in the treatment of dysentery. Due to an infection caused by bacteria or sometimes amoeba, dysentery is characterized by the inflammation of the intestines, usually the colon. It also causes severe diarrhea that usually contains pus or blood.

It Supports the Functioning of the Liver

The liver is responsible for so many tasks, and one of them is the neutralization of poisonous substances. Alas, the liver can get overworked at times and become inefficient at carrying out such job.

Since alligator pepper is packed with powerful antioxidants, it is commonly used as a medicinal herb for supporting the liver. It supplies the said organ with antioxidants that help remove toxins as well as free radicals. These antioxidants also hunt down allergens and all sorts of microbes before they cause some serious health problems.

Preparations out of alligator pepper are traditionally used for treating an assortment of skin conditions such as smallpox, chicken pox and measles. In countries where the spice is native to, it is also used as treatment for leprosy. A chronic and highly contagious skin disease, leprosy is now confined to a few countries only, such as those in Africa.

It Helps Ease Pain and Boost Energy and Libido

Extracts from alligator pepper can be used topically and internally for dealing with various aches and pains. In many African nations, the said preparation is employed for toothache, joint pain and muscle aches.

Because of its spicy taste, chewing on some alligator pepper seeds can help give you an instant dose of mental clarity and energy. According to some studies, certain compounds in the spice have aphrodisiac properties, meaning the consumption of alligator pepper can help in increasing a person’s sexual drive or urge.

8 Ways to Lose Weight After the Holidays

How to Protect Your Hair In The Sun