Bait for Bites: What Attracts Mosquitoes and How to Prevent Them 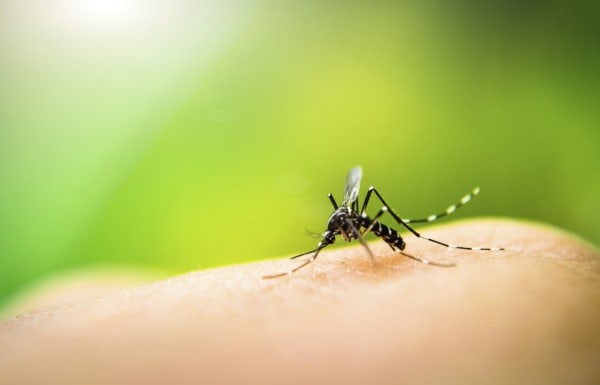 Exotic Fruits and Vegetables That are Extremely Good for Your Skin

Mosquitos are dangerous creatures. Their bites cause us to itch and they carry with them sickness such as malaria, thyphoid and dengue fever. All of which are life-threatening diseases. Knowing this is enough for anybody to avoid mosquitos and always work at repelling them.

Studies have shown that there are also certain types of people who attract mosquitoes and those that do not. Are you someone who gets bitten to a maze of spots by mosquitoes, while your friends escape without a scratch? There are lots of theories about why mosquitoes attack some people, and not others.There is some evidence that there are certain groups of people who hold some attraction for mosquitoes, so we will take a look at who these groups are, and what it is about these groups of people that attracts mosquitoes.

It’s estimated that up to 20 percent of us get bitten more than others . Various factors, from your blood type to how often you shower or sweat, can all affect the chance of getting bitten by these pesky pests. We also know that genetics and body chemistry are the keys to understanding this fatal attraction.

Females are The Hunters

No sexism here but only female mosquitoes will bite as they need the protein in mammal blood to feed their eggs. There are also 150 species of mosquitos in the USA alone and they all have preferences for their ideal blood fix. Some experiments use one mosquito species and then get different results when they repeat the experiment with an alternative one.

Mosquitoes are choosy and they want the best for their eggs. We produce chemicals and microbes which make up our unique body odor. They know exactly the right chemical mix and its odor because this accurately represents the blood they want. They can also detect these attractive aromas up to 100 feet away.

Now let’s take a look at what is exactly that attracts mosquitos:

Although researchers have yet to pinpoint what mosquitoes consider an ideal hunk of human flesh, the hunt is on. “There’s a tremendous amount of research being conducted on what compounds and odors people exude that might be attractive to mosquitoes,” says Joe Conlon, PhD, technical advisor to the American Mosquito Control Association. With 400 different compounds to examine, it’s an extremely laborious process. “Researchers are just beginning to scratch the surface,” he says.

Scientists do know that genetics account for a whopping 85% of our susceptibility to mosquito bites. They’ve also identified certain elements of our body chemistry that, when found in excess on the skin’s surface, make mosquitoes swarm closer.

People with high concentrations of steroids or cholesterol on their skin surface attract mosquitoes. That doesn’t necessarily mean that mosquitoes prey on people with higher overall levels of cholesterol. These people simply may be more efficient at processing cholesterol, the byproducts of which remain on the skin’s surface.

Mosquitoes also target people who produce excess amounts of certain acids, such as uric acid, explains entomologist John Edman, PhD, spokesman for the Entomological Society of America. These substances can trigger mosquitoes’ sense of smell, luring them to land on unsuspecting victims.

But the process of attraction begins long before the landing. Mosquitoes can smell their dinner from an impressive distance of up to 50 meters. This doesn’t bode well for people who emit large quantities of carbon dioxide. Carbon dioxide is found in human breath.

Any type of carbon dioxide is attractive, even over a long distance. Larger people tend to give off more carbon dioxide, which is why mosquitoes typically prefer munching on adults to small children. Pregnant women are also at increased risk, as they produce a greater-than-normal amount of exhaled carbon dioxide.

Mosquitoes are drawn to both movement and heat. So if you’re exercising outside on a warm summer evening, you’re the perfect target—especially if you’re short of breath!

So if you want to avoid an onslaught of mosquito bites at your next outdoor gathering, stake out a chaise lounge rather than a spot on the volleyball team. Here’s why. As you run around the volleyball court, the mosquitoes sense your movement and head toward you. When you pant from exertion, the smell of carbon dioxide from your heavy breathing draws them closer. So does the lactic acid from your sweat glands.

One trillion microbes live on your skin and create your body odor. Humans have only about 10 percent of these microbes in common—the rest vary between individuals. Some of us have a collection of microbes that are particularly irresistible to mosquitos. Just think that we have 100 trillion microbes which is ten times the number of human cells we possess. We have a unique microbial signature which is mostly due to genetics. This will determine what type of bacteria we host in our gut and bodies. These microbes are an essential part of our immune system so washing frequently is not going to do any good. It will certainly not deter the mosquitoes zooming in because their sense of smell is extremely sharp.

The mosquito is after blood and if it smells right, you are going to be a target. In one limited experiment, they found that mosquitoes preferred people with Type O blood twice as much as those with Type A. It is fascinating to know that in 85% of cases, you actually send a chemical signal indicating which blood type you have.

Also Read   Get The Best Health Outcomes with Flaxseed

When they are sniffing us out, mosquitoes home in on a wide variety of chemicals—277 patients were isolated in a room as potential mosquito attractants from human hand odors were done in one 2000 study. Some of their favorites were lactic acid, ammonia, carboxylic acid, and octenol (present in human breath and sweat). Lactic acid seems to be a definite attraction to most mosquito species and there have been more research studies on this. When you eat certain foods such as cheese, soya, yogurt and pickled vegetables and do vigorous exercise, you will have more lactic acid on your skin. That is very attractive to some mosquito species. Mosquitoes are especially drawn to carbon dioxide. The more you emit carbon dioxide , the more attractive you are to them. Larger people naturally emit more carbon dioxide than smaller people, which is one of the reasons adults seem to be bitten more often than children.

Sweat that stays on your body for some time is another attraction for mosquitos. It was once believed that mosquitoes were attracted to human sweat, but science shows that it is not the sweat itself attracts them. Instead, they are drawn by the chemical changes produced by bacteria in your sweat. Sweat itself is odorless until bacteria acts upon it. Although mosquitoes are not attracted to fresh sweat, if you offer them up some “fermented sweat,” they’ll be all over you. A 1999 study found that human sweat was attractive to malarial mosquitoes after one to two days of incubation. During this time, bacteria in the sweat multiplied, which changed its pH level from acidic to alkaline as sweat components decomposed into ammonia.

Having alcohol mainly from drinking beer in your system is another mosquito attracting factor. In 2002, a Japanese study of 13 volunteers found that those who drank a single bottle of beer were more attractive to mosquitoes. The researchers believed drinking beer increases body temperature and the amount of alcohol in that is in a person’s sweat. Two years ago, a French study of 15 volunteers again found that beer drinkers were slightly more likely to get bitten. If you are a person who tends to drink in outdoor bars, you will notice that once you get to drinking, mosquitoes tend to flock to you. Researchers haven’t shown whether the effect is the same with wine or spirits, or whether an ingredient in beer aside from alcohol changes the smell of skin

Also Read   Things That Can Easily Ruin a Fantastic Massage

Knowing these facts makes one realize that many more people are bitten by mosquitoes than you would think. The amount of carbon dioxide, or acid we emit or alcohol we consume, are all secondary factors but may help in keeping these mosquitoes at bay.

People also react differently to being bitten by mosquitos. This depends on environmental and allergic reactions. Many more people are bitten but because they have no symptoms they are convinced that they are not attractive to mosquitoes.

Practical ways to keep mosquitoes away:

Mosquitoes require water in which to breed. Stagnant water is the perfect breeding ground for mosquitoes, so carefully drain any and all sources of standing water around your house and yard. This includes pet bowls, gutters, garbage and recycling bins, spare tires, and bird baths.

Plants such as Eucalyptus or the Neem plant are known to naturally drive away mosquitoes. Keeping these plants around the house naturally keeps your house or garden mosquito-free.

While there are a lot of commercially made insect repellents, homemade or organic insect repellents are now made readily available and are much safer to use these days. These organic insect repellents are made from natural essential oils. Fortunately, there are highly effective mosquito repellents on the market comprising natural botanical oils and extracts that are every bit as effective as DEET-(N,N-diethyl-m-toluamide), but do not have harmful, toxic effects. You can make your own repellent using cinnamon leaf oil , vanilla oil, mixed with olive oil, lemon oil, eucalyptus oil and catnip oil. These oils have studies that show them to be even more effective than DEET. Using products with DEET are highly discouraged because this ingredient may have harmful and toxic effects when topically applied on the skin, especially on children.

One of the best ways to keep mosquitoes from biting you is to simply cover your skin. Wear your sleeves and pant legs as long as possible to cover as much skin as possible. Also keep your clothing as loose as possible. This serves two
purposes: first, it’s much more comfortable in the hot,humid weather where mosquitoes thrive. Second, mosquitoes can sometimes bite through clothing that’s held tight against the skin, especially if the fabric is thin.

The Significance of Having a Complete and Restful Sleep

11 Dangerous Ingredients in Over the Counter Diet Pills

Caffeine Jitters: What They are and How to Get Rid of Them

How to Lower Your Blood Sugar Naturally

Tips on How to Get Rid of Phlegm Naturally