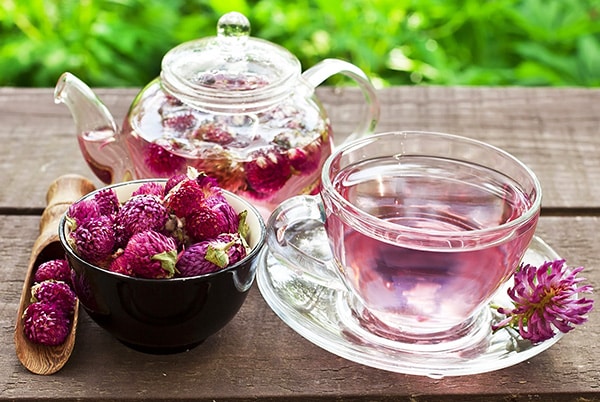 Foods That Can Worsen the Common Cold or Flu

Should You Consider Trying Escamoles?

Red clover is associated with some religious and superstitious beliefs. Throughout the years, it’s also used medicinally for a variety of purposes — from fighting off inflammation, strengthening the bones to reducing PMS symptoms.

Two of the most well-known abilities of red clover is balancing the hormones and reducing cancer risk. In fact, the herb is said to be one of the oldest all-natural cancer-fighters on the planet.

Cow clover, meadow clover, purple clover, trefoil — these are some of the other names of red clover. These days, you can purchase it from herbal and health food stores in various forms, such as capsules, tinctures and ointments.

Let’s check out some of the health and beauty benefits associated with red clover:

Red clover is good for the heart in a variety of ways. For instance, one of its traditional uses is for keeping the arteries in an excellent shape. Because of this, the formation of plaque that can impede blood circulation to various parts of the body such as the brain and heart itself can be kept at bay.

Another well-known traditional use of red clover is for the reduction of cigarette craving. In other words, the herb can be used as a helpful tool by those who wish to turn their back on cigarette smoking.

Also Read   An Easy Guide to Health for Aging Women

It Lowers a Person’s Risk of Osteoporosis

One of the reasons why the bones become weak and brittle is due to hormonal imbalance, which is why a lot of women are at risk of osteoporosis when they get older. Since red clover contains certain biological compounds called “isoflavones” that work just like estrogen, it can help in considerably warding off osteoporosis.

What’s more, studies conducted on animals have shown that isoflavones in red clover also help in enhancing the mineral content of the bones.

Red clover is also an excellent fighter of various PMS symptoms. It’s for the fact that this herb can help restore hormonal balance in a woman’s body. Needless to say, red clover is also very beneficial for women who have just entered the menopausal stage — it helps control unfavorable symptoms and associated health risks.

It May Keep Certain Cancer Types From Striking

Just like what’s mentioned earlier, red clover is one of the oldest herbs used for fighting off cancer. The herb owes its ability to keep such deadly disease at bay to its rich isoflavone content. Scientists say that the herb is actually capable of promoting apoptosis, which pertains to cancer cells killing themselves.

However, red clover is not good at preventing all types of cancers. Because of the fact that it works just like the female hormone estrogen, the herb may actually encourage breast cancer development in those who are at risk for it.

Red clover is commonly used by traditional healers in dealing with an assortment of skin conditions, in particular the ones that are inflammatory in nature. Some of them include psoriasis and eczema.

Just a Few Words of Caution

Because of its ability to mimic the action of the hormone estrogen, women who are at risk of breast cancer should stay away from red clover or any preparation that contains it. Since it may also thin the blood, those who are about to undergo surgery should refrain from using red clover.

Pregnant women and breastfeeding mothers should also avoid red clover. The same is true with those who are diagnosed with certain health conditions and taking prescription drugs for them. When planning on using red clover or any other similarly powerful herb, always have a doctor consulted first.

Keep Your Lipstick All-Day With This One Trick!