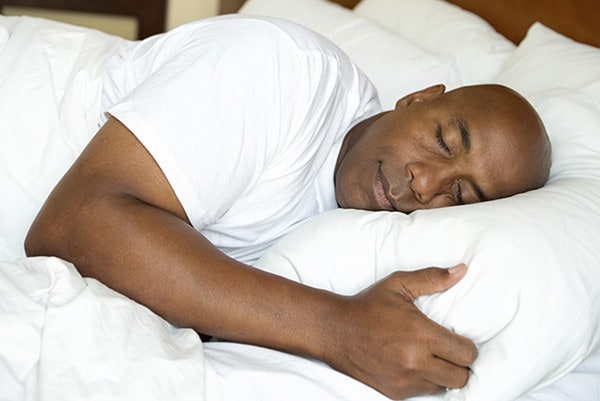 Is Your Poop Normal

Getting a good night’s sleep is undeniably imperative for optimum health. According to the National Sleep Foundation or NSF, adults should get 7 to 9 hours of sleep each and every night.

If you think that it is a good idea for you to spend most of your day in bed during non-working holidays and the weekends in order to multiply the benefits of having long and quality sleep, better think again. Sleep experts say that oversleeping is just as terrible for both mind and body as sleep deprivation!

There’s really no need for you to try to sleep the entire day away just to know the bad things oversleeping could bring. Here are some of them, according to sleep experts themselves:

It Could Make You Depressed

Based on a 2014 study, participants who slept more than 9 hours had higher risk of depression than those who spent time in dreamland within the recommended duration. Experts involved with the study said that oversleeping could keep a person from getting enough sun, which is a source of depression-boosting vitamin D.

It Could Age Your Brain

Sleep specialists say that constantly oversleeping could actually make your brain age by up to a couple of years. As a result, you will have a hard time concentrating and doing all sorts of daily mental activities. The said brain-related effects are the same as when you constantly deprive yourself of a good night’s sleep.

It Could Damage Your Heart

Numerous studies in the past suggested that oversleeping every night could eventually lead to an increase risk of heart disease. Many of the said studies also revealed that women are at higher risk of having problems concerning the heart as they are more susceptible to oversleeping than men.

Also Read   4 Ways to Cultivate An Attitude of Gratitude

It Could Put You at Risk of Diabetes

Spending lots of hours in bed dreaming leaves you sedentary, and that is why it can raise the levels of sugar in the blood. You don’t want this to happen because it is a risk factor for type 2 diabetes. In fact, a study done in Quebec said that participants who overslept were twice at risk of having diabetes than those who had just enough Z’s.

It Could Make You Overweight

Medical experts say that people who are regularly deprived of much-needed sleep tend to be on the heavy side. However, they add that those who tend to sleep excessively end up with the same fate. Clearly, it has something to do with lack of physical activity, causing those unburned calories to accumulate and register on the scale.

It Could Make Pregnancy Harder

According to a study done back in 2013 by a team of Korean experts, female participants who habitually overslept had lower pregnancy rates compared to those who slept less than 9 hours per night. They suspect that it’s a combination of various things, which include a sedentary lifestyle and hormonal imbalance.

Medical Conditions That Can Cause Easy Bruising

How to Remove Hair on Your Toes

Amelanotic Melanoma: Get to Know This Type of Skin Cancer That’s Hard to Diagnose

Snacks to Avoid When You’re Trying to Lose Weight

Are You Using Facial Wipes Correctly? Here’s What You Need to Know