Ginger vs. Turmeric: Which One is Better? 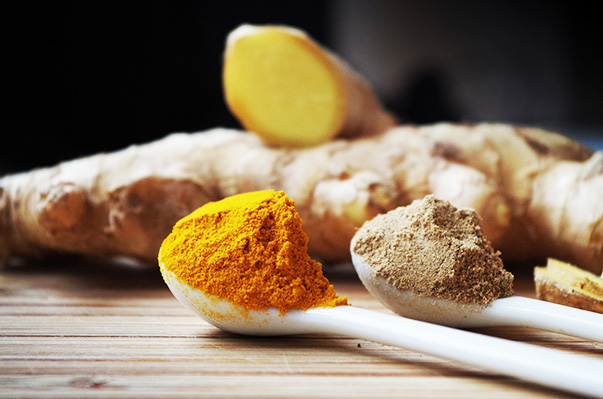 Foods to Dodge When You’re Stressed

7 Healthy Facts You Should Know About Butter

Rid Of the Razor Bumps in Bikini Area

Some of the most commonly used spices all over the planet are ginger and turmeric. They are also often mentioned when home remedies for various health issues are being talked about.

There are certain things shared by ginger and turmeric:

Both of them are part of the zingiberaceae family

Both of them are used for cooking

Both of them are employed for various medicinal purposes

While there are similarities to ginger and turmeric, there are also a bunch of differences that set them apart from each other. Knowing what they are is the secret to determining which of these spices is better.

So without further ado, let’s take a look at each one of them:

Ginger has a more impressive nutritional profile than turmeric. Although both of them have magnesium, calcium, iron, and vitamins B6 and C, ginger is the one that boasts of phosphorous, copper and zinc.

Turmeric contains more iron than ginger. It only means that this deep yellow-colored spice is more capable of encouraging the production of red blood cells (RBCs) that carry oxygen.

Ginger is well-known for its ability to deal with indigestion. This spice is also revered for its effectiveness in easing nausea, dizziness and vomiting. Oh, and it’s also superb for relieving excess gas.

Turmeric also offers a few digestive benefits. However, it’s more effective at detoxifying the liver which is an organ that aids in digestion as well as neutralizes drugs, alcohol and toxins.

Ginger is perfect for those who are suffering from infections of the upper respiratory tract like the common cold and flu because it opens up the airways and relieves many other associated signs and symptoms.

Turmeric, on the other hand, can help in keeping upper respiratory tract infections from striking because it’s know to be very good at making a person’s immune system strong.

Ginger is sometimes taken for the relief of painful and swollen joints and muscles. It’s for the fact that this highly popular spice is capable of controlling inflammation that takes place within the body.

Turmeric is also known as an effective fighter of inflammation. That’s why this spice is commonly employed by people with arthritis and those who are recovering from joint and muscle injuries.

Ginger is also utilized for alleviating all sorts of skin conditions that have something to do with inflammation. Problems that ginger can help deal with range from acne to psoriasis.

Turmeric, too, is great for the skin. Packed with antioxidants, it’s usually used as an anti-aging agent coming straight from nature. Many people also employ it for the attainment of a radiant complexion.

Ginger is beneficial for people with diabetes as well as those who are at high risk of the disease. It’s for the fact that this popular herb is capable of keeping the levels of sugar in the blood within the normal range.

Turmeric is known to help lower blood pressure and bad cholesterol, too. In other words, it’s something that may be used for considerably lowering one’s risk of heart disease.

Ginger is loved by a lot of women who are bugged by abdominal pain during their period because this spice is capable of providing them with much-needed relief, making their menstruation so much easier to bear.

Turmeric, just like what’s mentioned earlier, can help in the production of RBCs. This means that it’s ideal for women who bleed heavily during their periods as the spice can ward off anemia.

Ginger may help in lowering one’s risk of Alzheimer’s disease, experts say. This doesn’t really come as a shock since antioxidants in ginger help in shielding the brain cells from damage.

Turmeric, on the other hand, may lower cancer risk, based on many different studies. Since turmeric has anti-inflammatory and antioxidant properties, it’s no wonder why it may help keep deadly cancer at bay.

As you can see, both ginger and turmeric are really powerful spices. Since they offer different health benefits and medicinal properties, your choice should be based on your specific needs.

Also Read   Got Painful Breasts? Here are the Likely Culprits
Sourcehealthambition.com
Previous articleThe How-Tos to a Perfect Hair Day
Next articleSummer Beauty Hacks that You Should Know

10 Most Hated Vegetables (And Why and How to Love Them)

7 Beauty Hacks Every Teen Must Know

5 Amazing Benefits of Milk on Skin