Why Getting a Root Canal Might Actually be a Bad Idea 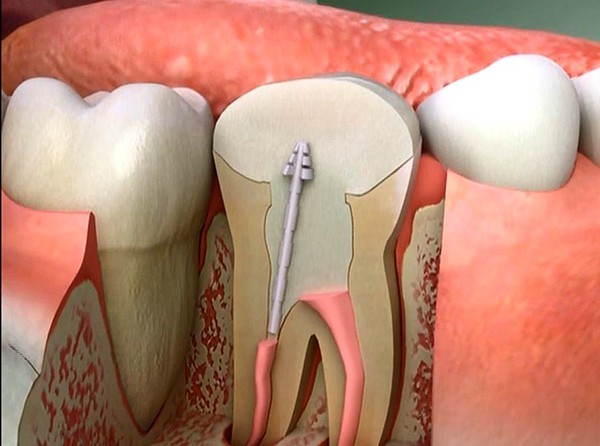 Should You Wear Sunscreen Even If You Have Dark Skin?

Japanese Remedies for Dark Circles Under the Eyes

Home Remedies for Acne You Probably Didn’t Know About

One of the most common dental procedures among adults is the root canal. For Dr. Robert Kulacz, author of The Toxic Tooth: How a Root Canal Could Be Making You Sick, going for a root canal is not a good  idea. Dr. Kulacz, who started his career in Brewster, New York and worked for six years as an associate dentist, has done countless dental procedures such as extractions, root canal, and restorations. He already had his own practice when he came across a patient who told him about the negative effects that root canals have on our healthy.

Obviously, Dr. Kulacz didn’t believe his patient at first, until he was shown the link to the website of International Academy of Oral Medicine and Toxicology (IAOMT). He tried to do more research to prove his patient wrong but the more he read, the more he learned that there is some truth to what his patient told him.

The Go Signal is Essential

In 1995, Dr. Kulacz decided to stop doing root canals on his patients. He wasn’t openly campaigning against root canals but he wanted more people to be aware of the importance of getting the go signal from the patients before doing the root canal. While the American Dental Association (ADA) believes that root canals are safe and won’t be causing any medical problems, Dr. Kulacz and other dentists think otherwise. Patients need to know that the tooth will still be infected after the root canal and that bacteria may travel to other parts of the body, which may eventually lead to serious bacterial infections. The patient needs to know these things before deciding if he or she still wants to proceed with the root canal, says Dr. Kulacz.

While most dentists claim that a root canal tooth may be sterilized and the process of creating the canal will get rid of the bacteria, Dr. Kulacz says that’s not the case. He has performed biopsies on extracted root canal teeth and according to him, all of the teeth contained traces of necrotic debris which means they were not cleaned thoroughly. There were also microbiological cultures around the bone which showed signs of infection.

ADA claims that the bacteria will be trapped inside the tooth but Dr. Kulacz says that that statement is false. The gutta placha, or the canal sealant, does not reach the small lateral canals that branch out. This is causes leakage, particularly because the teeth are porous. Even if the root canal is sealed perfectly, it’s still impossible keep the tiny molecule exotoxins from travelling to different parts of the body.

The structure of the tooth is mainly made of dentinal tubules which are hollow structures that branch out from the main canal. These dentinal tubules can stretch for approximately three miles and are big enough to let bacteria pass through.

For Dr. Kulacz, the root canal would have been a good idea if our teeth were made of metal or steel and would have zero tributaries after clearing out the canal. It would have been easy to seal the canal perfectly and remove the residual infection near the jaw bone, but unfortunately, that’s not the case. This does not mean however that 100% of the root canal teeth will cause medical problems. It boils down to what type of bacteria was in the tooth, what type of toxins were produced, and how strong the immune system of the patient is.

Research shows that there are approximately 25 to 30 million root canals performed in a year. If that number is multiplied by the number of years that a person lives, that’s equivalent to millions of root canals and the sad part is a huge percentage of those root canals is not good.

Root Canal Bacteria May Cause Complications

Root canals are often chronically infected and may cause serious health problems. ADA states that it is impossible for the bacteria from the root canal teeth to move to other sites in the body, but Dr. Kulacz debunks the statement. According to him, the main cause of heart disease is the damaged inner lining of the blood vessels and the migration of cholesterol and macrophages in the arteries.

When there’s inflammation, the plaque ruptures inside the lumen. This causes the blood to clot and leads to a heart attack. A comparison between bacterial DNA in arterial plaque and blood clots in heart attack patients and the DNA of the bacteria in the teeth was conducted in 2013. Results showed that the same bacteria found in gum disease and root canal teeth are also visible in the blood clots and plaques in coronary arteries that trigger the heart attack. Surprisingly, the same bacteria is also present in the pericardial fluid which surrounds the heart. The study confirmed that the bacteria from the mouth travels to the different parts of the body.

Also Read   The Importance of Prebiotics

Root Canal Teeth are Not Immune to Bacterial Infection

Since root canal teeth have zero blood supply, the immune system cannot detect the presence of the bacteria that remains trapped inside it. As time passes, the infection of the root canal teeth increases because of the influx of bacteria coming from the gum tissue around the tooth.

So is root canal teeth extraction the lesser evil? Dr. Kulacz says no. He believes that the situation must first be evaluated before making any conclusion or solution for the root canal teeth. It’s important that you weigh the pros and cons before going for a root canal. It’s also highly suggested that you get multiple sessions of ozone therapy to lessen the infection before getting a root canal or extraction.

Now, if you decide to go for a tooth extraction, there are some things that you can do to help you restore the extracted tooth. The most popular and least expensive option is partial dentures. It’s not invasive, it’s easy to clean, and you just need to take it out before you go to bed and put it back on first thing in the morning.

You may also want to consider getting the bridge, which is a bit more expensive, compared to partial dentures. Caps or crowns are attached to the teeth beside the extracted tooth and a replacement tooth is attached to fill the gap. This is a more permanent option for tooth restoration. The only issue with this method is that a huge amount of enamel is removed from the adjacent teeth, which eventually puts it at risk for root canal.

What Are Dental Implants?

The last, and probably the most expensive option, is dental implants. This method involves the insertion of screws inside your jawbone to make sure that the replacement tooth will have a stable base once it’s attached. This seems like the perfect option, but it does come with some issues:
The first issue is, if you’re getting titanium implants, that means embedding metal inside your jawbone. This may cause a battery or galvanic response with the different metals that are inside your mouth. Furthermore, research shows that titanium implants have a negative effect on our health and it may trigger allergies. It’s important that you get an allergy test prior to getting titanium implants to find out if you are sensitive to metals.

Dr. Kulacz highly recommends zirconium implants since these do not contain the metallic ions that are in titanium implants. It’s important to make sure that the bone is clean and disinfected before embedding the implant to avoid further complication. For Dr. Kulacz, it is crucial that the lamina dura or socket bone (this supports the tooth), periodontal ligament(attaches the tooth to the jawbone), and a small bone from the area are removed after when extracting a root canal tooth.

Removing these requires irrigation and plenty of sterile sealing or a slow-speed, round dental bur with copious to maintain the bone’s healthy. Once the infection is removed, it becomes easier for the blood to reach the jawbone which helps speed up the healing process. When the bone is fully healed, you can now embed the dental implant.

Dr. Kulacz advises against immediate placement of dental implants because this stops the tissue biopsy and bacterial cultures from getting rid of residual infection from the extracted root canal tooth.

Dental implants are prone to gum disease because they don’t have the fibers that stop the bacteria from entering the bones. Dental implants are highly dependent on the sticky coating that connects the implant to the crown. You must have good oral hygiene to fight off inflammation that might loosen the tissue surrounding the tooth.

A root canal tooth is dead and should be removed immediately. There have been cases where patients were spared from chronic health issues when the infection was treated properly after the root canal tooth extraction.

Learn to Reward Yourself Positively Instead of Food

Foot Pain: An Overview on Causes, Symptoms, Diagnosis, and Treatment