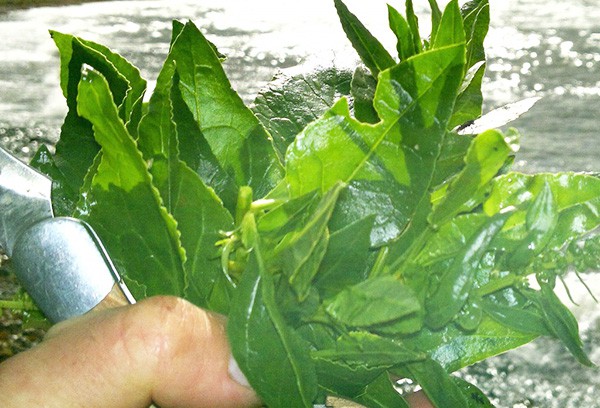 5 Tips When You Can’t Fall Asleep

Do you live near the coast and always spot some sea beets? Just because these plants do not look particularly pretty does not mean they offer no benefit to you. The fact is sea beets are highly edible just like so many other sea vegetables, and they’re quite just as nutritious as those!

Additionally, sea beets have been used for so many years now in the world of traditional medicine. Whether in the form of a decoction or poultice, these plants commonly lying around humbly on shorelines are said to be capable of dealing with anything from stomach ulcers to tumors.

But you don’t have to be suffering from a certain disease or condition for you to take advantage of sea beets. Including them in your diet on a regular basis is a great way for you to supply your body with vitamins and minerals, most especially iodine which is found abundantly in various seafood types.

Without further ado, let’s check out some of the wonderful things that sea beets can bring:

They Promote a Healthy Thyroid

Edible seaweeds are some of the most excellent sources of iodine, and sea beets are one of them. Health experts say that iodine is important for the normal functioning of the thyroid, a gland situated in your neck and is tasked to control a lot of processes taking place in the body, including temperature regulation and the metabolism.

Many other vitamins and minerals can be obtained from sea beets, and that’s why including them in your diet on a regular basis can help you stay in the pink of health. When collecting sea beets, consider going for tender leaves. They may be easily added to your salads, soups or even stir-fried vegetable dishes.

Just like so many other land and sea vegetables, sea beets are great sources of dietary fiber. It’s exactly for this reason why serving them on the table more often can help in making you regular. You don’t want to end up with constipation as it can leave you with excess gas and abdominal pain, and even make you feel mentally and physically lethargic.

They Lower Risk of Heart Disease, Too

Another important role of dietary fiber is the reduction of heart disease risk by promoting lower bad cholesterol levels. That is why the consumption of sea beets can help keep your ticker stay in a great shape. However, do consume sea beets moderately because they also contain sodium, something that is bad for the blood pressure.

They Detoxify the Body

Sea beets also help in the removal of waste products and poisonous substances in the body because they contain dietary fiber. According to studies, various sea vegetables such as sea beets are also highly capable of sweeping out certain toxic metals, thus saving you from complications that their accumulation within can bring.

They Help Balance Out the Hormones

One of the traditional uses of sea beets is for warding off or treating cancer. Modern-day scientists say it’s because of the ability of sea beets, much like many other edible seaweeds, to normalize hormone levels. It’s no secret that certain types of cancer, such as that of the breasts, can be sometimes blamed on the body’s hormonal imbalance.

They May Help Combat Tumors as Well

According to traditional healers, the consumption of a decoction out of sea beets may help in fighting off tumors. Many of them say that the said decoction is especially very good at fighting off intestinal tumors. It is also said that a sea beet decoction is effective against tumors elsewhere, such as those in the stomach, spleen, prostate and even uterus.