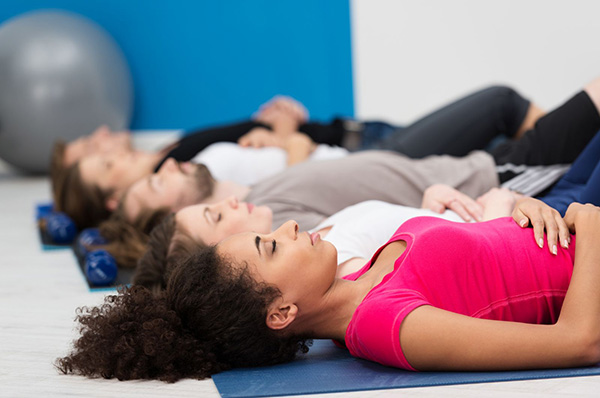 What are Hormonal Headaches and How are They Treated?

When we were babies, we used our abdominal muscles when breathing in order to ensure that our rapidly developing and growing bodies got all the oxygen they needed. But when we became adults, our breathing patterns had changed — we started employing the muscles of the chest and shoulders rather than the ones in the abdomen.

Your diaphragm, a dome-shaped muscle that separates your chest cavity and abdominal cavity, is the one that makes the lungs expand and contract, making it possible for air to get in and out of your lungs.

However, not all people are using their diaphragms properly. This is not a good thing because, according to experts, only a third of the lungs full capacity is used when the chest and shoulder muscles are employed rather than the diaphragm, which keeps your body from getting good amounts of oxygen that it needs for so many different tasks.

In this day and age, a lot of us are stressed, which is something that contributes to poor breathing habits as it causes the muscles to become tensed. Then there is also poor posture that only makes everything worse.

Utilizing the diaphragm for breathing is called diaphragmatic breathing. Also sometimes known as abdominal breathing, it is something that everyone should go for because it offers lots of benefits — this doesn’t really come as a surprise because the lungs are employed to their full capacity.

Later on in this article, you will learn how to promote diaphragmatic breathing. In the mean time, let’s take a look at some of the many perks of using your diaphragm each and every time you breathe:

Everyone knows that having high levels of stress constantly can damage the health in a variety of ways. Well, using the diaphragm when breathing can help in lowering your stress levels, allowing you to loosen up and steer clear of the many complications that stress brings.

It Also Relaxes You

People who are having a bout of anxiety or panic attack are encouraged to take slow deep breaths, which actually causes the diaphragm to be used. Diaphragmatic breathing has favorable effects on your nervous system — your heart rate is slowed down, causing you to feel cool, calm and collected.

Employing your diaphragm helps improve blood circulation, which means that your cells are supplied with the nutrients they need. Since diaphragmatic breathing allows the entirety of your lungs to be used, it also helps ensure that your cells get all the oxygen they require to carry out their tasks.

It Boosts Your Immunity

Diaphragmatic breathing encourages your respiratory system to become strong and healthy, allowing it to fight off those disease-causing microbes in the air that like to invade your body. What’s more, it is said by the experts that diaphragmatic breathing assists in the drainage of your lymphatic system.

It Improves Your Posture

The muscles of your abdomen are used each time you rely on your diaphragm to breathe. As a result, they become stronger, and this helps improve your posture. Diaphragmatic breathing also helps release tension in your shoulders, further contributing to your having a proper body position.

So how can you retrain your body to use your diaphragm when breathing?

While lying or sitting down, place one of your hands on your chest and the other on your belly. Now take a deep breath through your nose, expanding your abdomen as you do so and while making sure that your chest isn’t moving. Hold in your breath for a second or two, and then exhale through your mouth.

Practice this exercise several times a day. Eventually, you will be able to employ your diaphragm for breathing even without you thinking about it.

How to Whiten Skin with Tomatoes