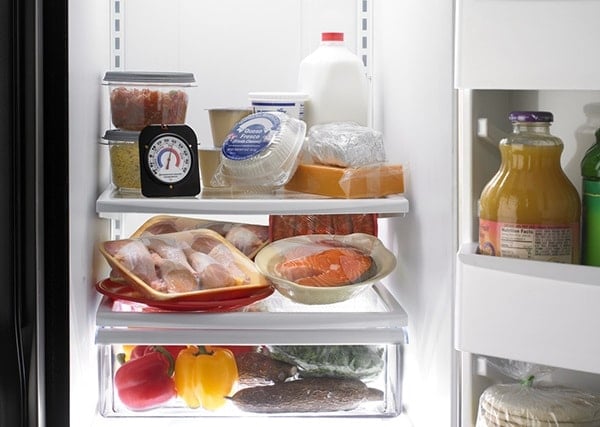 Washing your hands and making sure that you’ve cleansed your produce is not enough. Food poisoning is not as uncommon as you think. One out of six people will get food poisoning in a year. Some people will not even report it and just spend the day wallowing in stomach pain and constant trips to the bathroom. Thousands of people have died due to foodborne illnesses. We cannot be to careful when it comes to preparing the food that we consume and rely on to survive. Here a few food safety mistakes that you might be making and how to fix them.

Not Washing Your Fruit Before You Slice Them

We tend to take a lot of precautions when it comes to fruits such as apples or grapes, since we eat them with their skin. This is an incredibly important thing to do since the skin of the fruit is the most contaminated area due to pesticides and other harmful elements. However, we do not take the same precautions when it comes to other fruits such as cantaloupes or watermelons since we only eat the insides. When we tend to cut them without washing the outside we are only dragging the harmful bacteria from the outside into the piece you just cut. Running them in water is enough to remove most bacteria.

Tasting Food to Check If It Is Edible

You may not think about it as much, but even taking a tiny nibble of contaminated food can cause serious health problems. If you feel that it needs to be thrown out, it probably does. Even a tiny bit of changes in the smell can indicate contamination.

Also Read   8 Tips and Tricks for Caring for Your Nails

Putting Too Much Stuff in the Fridge

It is important to keep have food stocked up at home. However, having a refrigerator that it feels like a game trying to fit in something new is too much. Having too much stuff can prevent the air from circulating properly. This can cause your refrigerator to warm up and cause bacteria to grow. If this situation does occur due to the holidays, try setting the temperature to 40 degrees Fahrenheit or lower.

It is ironic that the thing we use to clean is one of the most vulnerable to bacteria build up. Sponges and cloths are the perfect breeding ground for bacteria. Make sure to have two sponges. One for cleaning dishes and one for sinks and counters. Try to replace your sponges every few months and wash your dish cloth every four days or more if you tend to cook a lot. You can also put your sponge in the microwave for a half a minute to kill bacteria after use.

Food Safety is much more than just smelling your food to know if they are expired or making sure that you do not cut your meat and fruits in the same chopping board. These are simple things that we may take for granted, but can have major consequences on our health. We hope that this list is able to help give you better food safety habits.

How to Use Your Makeup Brushes the Easy Way

Makeup Tips for the Best Photos Ever