Diet For A Ripped Body 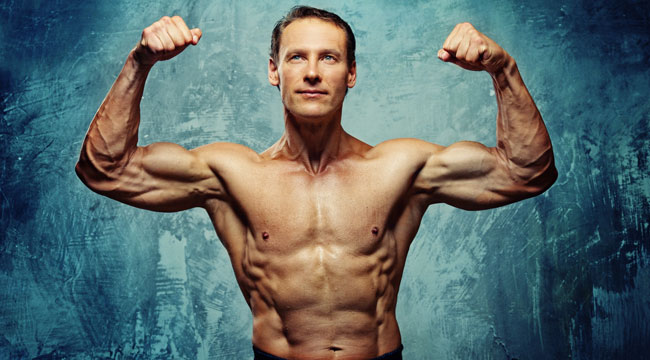 The Uses and Benefits of Olive Oil for Eyelash Growth

Most people want to be fit and healthy, as evidence by their body figure. In addition, some men and women want to achieve a ripped body, not only for summer, but also for the rest of their lives. However, some people go with a false belief that reducing one’s food intake would result to a ripped body. The following are some information on how a person could get a ripped body with proper diet.

According to Men’s Health UK, a diet plan sample to achieve a ripped body includes four egg whites (whether fried, scrambled, or omelet), two slices of whole grain bread, 50 grams oats, and milk for breakfast; two apples and hummus on oatcakes as snack; Swiss cheese, salad on wholegrain bread, and 150-gram turkey for lunch; black coffee, two pieces of citrus fruit, and protein shake for another snack, and a cup of brown rice, 150- gram and stir-fried chicken, and a cup of broccoli for dinner. Another protein shake plus 200 ml frozen yogurt are added for snacks. The above diet plan is called the “get ripped meal plan” and is set to be consumed during the “get ripped” part of the program.

Another sample of a high protein diet includes a cup of muesli mixed with a half cup of blueberries and oat milk for breakfast; five strawberries and 15-gram pumpkin seeds for snack; salad of greens, cucumbers, spinach, and 100-gram kidney beans for lunch; 30-gram trail mix and an apple for snack; 150-gram grilled lamb and a cup of streamed broccoli, squash, and zucchini for dinner; and two-2liter water and chamomile tea for dinner.

Muscle and Fitness presented another breakdown of a diet for a ripped body. As per the publication, the pre-breakfast includes a glass of water, Cellucor C4, half cup of oatmeal with blueberries, eight egg whites, Anavite, CLA, and two whole eggs scrambled with spinach, along with a glass of water. A morning snack follows, containing a handful of almonds and raisins, a green apple, and a glass of water. It also has a handful of almonds, a cup of berries, plus four to five rolled up beef fondue meat. Lunch includes broccoli, Anavite, CLA, hald sweet potato, and tuna in brine. Pre-workout includes Cellucor M5 and Cellucor C4 while post-workout includes MusclePharm Recon, Muscle Pharm Combat Protein, and a green apple. Dinner is served with a grilled chicken breast, half sweet potato, broccoli, CLA, and a glass of water.

Along with the aforementioned diet plans, one can achieve his desired ripped body with regular exercise, adequate rest and sleep, and right attitude.

Causes of Traction Alopecia and Treatments to Use

Recipes that Sooth the Throat