Diabetics Guide: Replace Your Sugar With These 6 Artificial Sweeteners 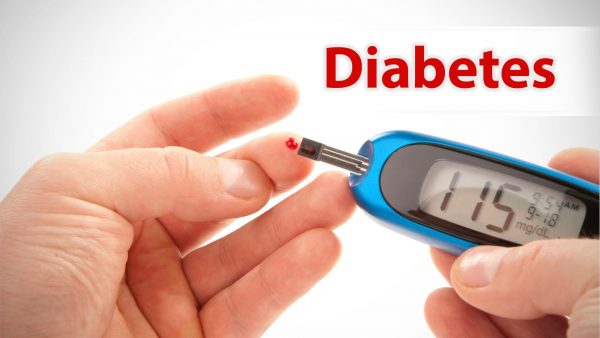 Despite the clamour against artificial sweeteners, overall, they are still a healthier option than sugar. This is particularly useful to those people suffering from diabetes or those who are at risk. You should be watch your weight and monitor your blood sugar levels now more than ever. These sugar substitutes can help with both without compromising your inclination towards sweet fixes.

Sugar substitutes are basically calorie-free, so you can still enjoy your food and drink without worrying about weight gain. Also, they are not fully absorbed by our bodies, so if ever they contain calories, our blood sugar is barely affected. Hence, the sugar substitutes can be safely incorporated to tailor your diabetes management plan.

However, the selection of these artificial sweeteners can be quite dizzying. How do you choose from the lot? The USFDA has approved six of them for use namely: sucralose, aspartame, neotame, acesulfame, saccharin, and stevia. Saccharin, aspartame, and sucralose have been more prevalent than others, and in the recent years, stevia comes close.

So these names hardly mean anything to you, right? But they should. Read on to find out what these popular sweeteners mean for your diet and weight management.

Does not ring a bell? How about Splenda? Now we’re talking. Splenda is an artificial sweetener that does not contain the calories in sugar but is actually 600times sweeter. It’s popular as an additive for drinks such as black coffee, but it’s also widely used in baking to replace sugar in recipes.

Relative to other sweeteners, sucralose is relatively new. Thus, there are not enough studies to learn of its long term effects. So far,it’s been proven to be safe, so it’s been approved by the FDA and accepted by the American Diabetes Association to be used by all three types of diabetics.

Equal and NutraSweet are brand names of Aspartame.It is about 200 times sweeter than sugar, so it’s definitely less sweet than the Splenda. Also, unlike Splenda, these artificial sweeteners are not idea for cooking because high heat will further reduce its sweetness. It might not be enough to replace the sweetness that the sugar does to the recipes.

There have been news about how the aspartame relates to health conditions such as headache, depression, and even cancer. However, it has not been proven, and the American Medical Association, American Diabetes Association, and the FDA
deems it safe even to those affected by any of the three types of diabetes. Nonetheless, caution has been given to those with phenylketonuria (PKU) disorder.

The properties of Neotame is somewhat similar to Aspartame, but its sweetness is up to 8,000 times than sugar. So that is really, really sweet. However, it’s not yet prevalent in the United States. Itis also approved to be taken by people with all types of diabetes as well as those with PKU.4. Acesulfame K If you’ve heard of Sunett and Sweet one, those are Acesulfame. They can be contained in plenty of packaged goods. Like Aspartame,it is also 200 times sweeter than sugar, but unlike it, Acesulfame can be used for baking. According to about a hundred studies done, acesulfame is safe to consume.

Among all the artificial sweeteners in this list, saccharin is the oldest. It first came out in 1879, but it’s now known as Sweet’N Low. It is 200 to 700 times sweeter than sugar. Itis found in a lot of diet foodsaswellas diet sodas. Like most sweeteners, it’s packaged in packets for adding to meals and beverages, but it’s also sold in bulk for cooking.

Also Read   How to Organize Your Fridge

In 1970, a study found out that the saccharin may have caused bladder tumor in rats. Since then, aneat-at-your-own-risk warning was forced to be included in the repackaging. However, the National Cancer Institute and FDA have both cleared that the saccharine does not cause bladder cancer among humans. Currently, it’s been approved for those with type 1 and 2 diabetes, but pregnant women are still warned to avoid consuming saccharin.

Stevia comes from the stevia plant, so it’s considered as a natural sweetener. You can haveitin the formof the brand names Stevia in the Raw, Truvia, PureVia, and SweetLeaf.It has 250 to 300 more sweetness than regular sugar.

FDA approved the purified part of the stevia leaf and is considered to be safe as an additive for food products. This purified version is also said to not have an aftertaste that most sugar substitutes have.

Aside from Stevia, other natural sweeteners can also be safe for diabetics. One example of this is agave nectar and honey. However, as with most things, they should be taken in moderation.

Another form of sweetener suggested for people suffering from diabetes is sugar alcohol. You can use sugar alcohols to add a little sweetness to your sugar-free labelled food diets. Again, don’t make the mistake of over-consuming them.

If you want to get by without the use of both sugars and sugar substitutes to make sure that you’re not doing more harm to your health, here are some tips that you can follow:

•Use naturally sweet healthy food items such as blueberries if appropriate. For example, the blueberries make a perfect addition to your morning cereals and oatmeal.

•Study the nutritional facts and ingredient labels on the packaging and pick the one with the lowest sugar.

Following a healthy diet is very challenging, especially when you are diabetic. However, familiarizing yourself with whatever you put in your mouth is one way of getting better. The same goes with these sugar substitutes. Know more about them, and try to choose which is the best alternative for your health condition.

Sourceimg: www.youtube.com
Previous articleChoose the Best Facial Oil Based On Your Skin Type
Next articleEffective Remedies to Treat Boils

Believe In the Finish Line Way at the Start