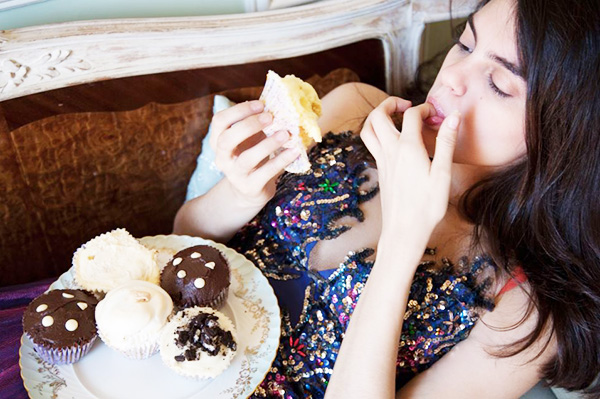 Eating disorders have become more and more of a common occurrence nowadays. It is unfortunate to know that adolescents are of the highest demographic in the prevalence of eating disorders. And though most eating disorders are usually misinterpreted as starving yourself, binge eating has been dismissed time and time again as a qualified eating disorder. However, the truth is that there are around 3 million people who are diagnosed of Binge Eating Disorder. This disorder goes hand in hand with the rise of obesity in America. So much so that the then First Lady Michelle Obama has been actively advocating healthy eating and exercise to combat obesity.

What Is Binge Eating Disorder?

Binge Eating Disorder is an eating disorder that is characterized by regularly consuming large quantities of food and not purging afterwards. Guilt eating is also experience during and after consuming the food. More often than not, binge eaters eat junk foods rather than full meals. But this does not exclude binge eaters binging on full meals too. They often eat even if they are already full and may even eat in secret or stash food. Depression can develop as the guilt, loss of control and self-disgust overwhelms the binger over time.

Ways On How To Curb Binge Eating

Although the effects can spiral out of control soon at times, binge eating can be managed to the point that it stops altogether. Here are some ways to curb binge eating:

As with any treatment for any eating disorder, binge eating also needs a solid support system to help sufferers to recover. Family, friends and other support groups can be facilitated for the betterment of the binger.

Extensive researches have been done and it was determined that eating disorders are caused by emotional and psychological problems most of the time. Identifying the cause is beneficial as the treatment plan can be tailored fit to the underlying issues of the binger.

The act of bingeing is usually triggered by some interaction to something physical, emotional or psychological. Removing such triggers can help reduce the bingeing episodes of a person. Treatment plans should always include countermeasures in case the binger is subjected to such triggers. This would help them deal with the triggers themselves giving them a sense of control of the disorder.

Of course, exercise can combat the physical effects of bingeing. However, chemically, exercise can also release endorphins in the body. These endorphins act like the happy pill of the body reducing the onset of depression, self-harming and suicide. Exercise also helps the binger to focus on both short and long term goals regarding their body image which again, makes them feel in control of the condition.

Top Lifestyle Changes You Can Do To Look Younger

Live a Normal Life despite Celiac Disease with these Tips

Beauty Hacks for the Hot Summer