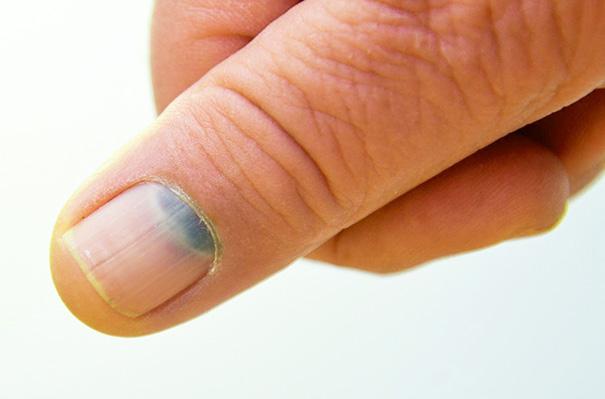 Different Causes of Hair Loss and How to Prevent Them

Reasons to Eat Kai-Lan on a Regular Basis

There are many different things that can be blamed for the showing up of bluish fingernails. Sometimes the cold weather can be blamed for such, while other times it’s due to certain medical conditions concerning the lungs and heart. Sometimes having blush fingernails require immediate medical attention, especially if it’s accompanied by symptoms such as shortness of breath, chest pain, dizziness and profuse sweating.

Keep on reading to in order for you to know some of the most common reasons for having bluish fingernails. Afterwards, kindly share this article to get everyone you care about also acquainted with these reasons.

In some instances, there is really no need to worry that much if the fingernails appear bluish. For instance, it’s actually a common occurrence during the coldest months of the year. That’s because exposure to cold temperatures can cause the blood vessels to constrict, thus diminishing the supply of oxygen to the extremities such as the hands. Warming up or massaging the hands can help in dealing with the problem.

Short for chronic obstructive pulmonary disease, doctors say that COPD comes in two major forms: emphysema and chronic bronchitis. It’s a progressive inflammatory disease in which there is an obstruction in the flow of air in the lungs. The leading cause of COPD is cigarette smoking, although those who are exposed to secondhand smoke and also environmental pollutants are considered as at risk, too.

Earlier, it is said that one of the major forms of COPD is chronic bronchitis. There is actually an acute form of bronchitis that can also cause bluish fingernails as one of its signs and symptoms. Acute bronchitis is a short-term inflammation of the airways of the lungs, usually due to an infection. It commonly lasts for less than 10 days only and most of the time there is no need for the individual to be admitted to the hospital.

It sounds similar to bronchitis because the same airways of the lungs are affected. However, it is not due to smoking such as in the case of chronic bronchitis, although it can happen because of COPD. According to health authorities, bronchiectasis is commonly due to an injury or trauma to the lungs. It may also be caused by medical conditions like inflammatory bowel disease and autoimmune disorders.

Unlike COPD, asthma is not brought about by cigarette smoking, although it is something that can be triggered by it as well as environmental pollutants. During an attack, breathing can be difficult and the levels of oxygen in the blood may drop, thus causing the fingernails to appear bluish. Common treatment for asthma includes breathing exercises, using inhalers during emergencies, and intake of certain medications.

Short for peripheral vascular disease, PVD is a disorder that involves the peripheral blood vessels, which are blood vessels that are situated outside of the heart and brain. The affected blood vessels become narrowed due to a number of things, including plaque buildup or the formation of a blood clot. During physical activity, PVD usually causes fatigue and pain most especially in the legs.

Get to Know the Differences Between Wheat Grass and Barley Grass

What Your Hair Problems Mean