Chronic Kidney Disease: Everything You Need to Know About It 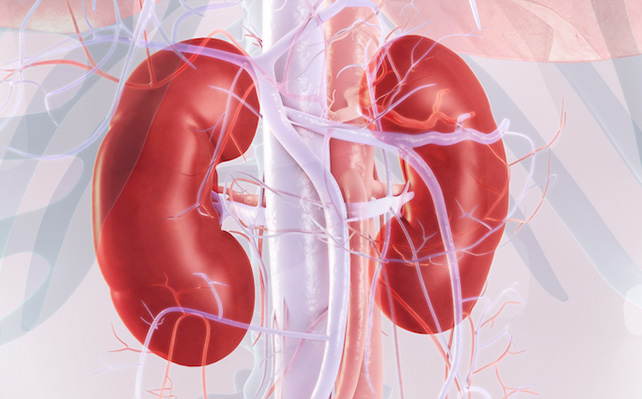 Your kidneys carry out so many important tasks. They include the removal of toxins and waste products and regulation of fluids in the body. Needless to say, having kidneys that are no longer working optimally can lead to a host of serious health problems.

In this article, you will learn about what doctors are referring to as chronic kidney disease. Just about anybody could end up with it one day, so make sure that you repost this article on your different social media sites to get everyone you love get acquainted with it, too.

If left untreated, chronic kidney disease may lead to what’s known as kidney failure. Just like what the name says, it is marked by the kidneys’ inability to perform the various tasks delegated to it.

However, it can take a long time before chronic kidney disease can progress to kidney failure, and that’s why early detection and effective treatment can keep it from striking.

At the outset or during the early stages, chronic kidney disease does not really cause any sign or symptom. However, some individuals who are unknowingly suffering from it may encounter some or all of the following:

Also Read   Beauty Habits That Could be Bad for Your Health

Eye puffiness especially in the morning

Swelling of the ankles and feet

Inability to get a good night’s sleep

Many of the sign and symptoms of chronic kidney disease mentioned above are due to the accumulation of excess fluids, toxins and waste products in the body as the kidneys are no longer doing their job properly.

According to doctors, anyone at any age may suffer from chronic kidney disease. However, some people are regarded as at higher risk of having it one day. Some of them include:

Individuals who are suffering from diabetes

Those who have family histories of chronic kidney disease

Anyone who belongs to a certain group of people like Hispanic Americans, African Americans, American Indians, Asians and Pacific Islanders

Certain diseases, illnesses and conditions are known to cause chronic kidney disease, too. Some of them include repeated urinary tract infections, lupus and others that have something to do with the immune system, glomerulonephritis and inherited conditions such as polycystic kidney disease.

Also Read   What Type of Sleeper Are You?

Experts confirm that someone who is suffering from chronic kidney disease is also at high risk of developing cardiovascular disease.

Generally speaking, the earlier the disease is detected, the better the chance of slowing down or even stopping its progression.

Zinc Rich Foods to Add to Your Diet