Baker’s Cyst: It’s Not What You Think It Is 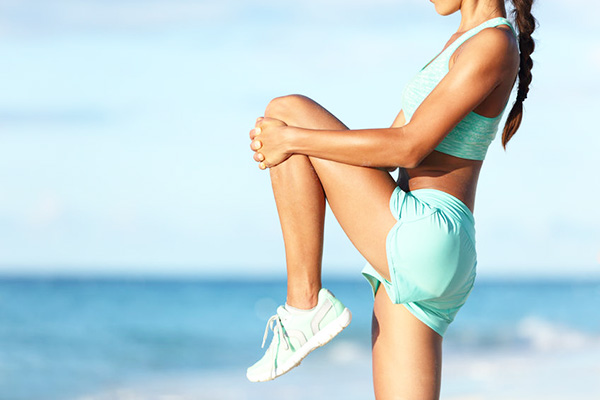 Types of Cancer Linked to Obesity

Just because you are not into baking doesn’t mean this article does not concern you. Especially if you are a woman who is over 40 years old and you are suffering from either arthritis or gout, this article is actually made especially for you. That’s because baker’s cyst actually describes a condition in which the back of the knee becomes painful and swollen.

So if you like to know more about baker’s cyst, don’t stop reading now. Below you will find some of the most important matters about it. Kindly share this article on your various social media sites afterwards so that your family and friends may also get acquainted with it.

Why is It Called as Such?

No, baker’s cyst is not exclusive to bakers. It is called that way because it is named after a British doctor who first described it, and he’s Dr. William Morrant Baker.

Sometimes it is also called popliteal cyst. That’s because it affects the popliteal area, which is that seemingly unnamed space situated behind your knee.

What Causes It to Happen?

Simply put, baker’s cyst happens when the tissue behind the knee becomes inflamed. The swollen area is filled with fluid.

According to health authorities, such inflammation happens usually in relation to arthritis. This only means that if you are suffering from knee arthritis, whether or not diagnosed by a doctor, you are at risk of developing baker’s cyst.

The same is true if you are suffering from gout. Gout is actually a type of arthritis. It is characterized by pain and swelling of the affected joint as a result of uric acid accumulation. Uric acid can collect in your body if you love consuming foods that are high in purines. Some examples of them include meat, poultry, shellfish and alcohol

Also Read   How to Reverse Aging of Skin Around the Eyes

Experts say that women are at higher risk of getting baker’s cyst than men simply because they tend to develop arthritis often.

What are the Signs and Symptoms?

Baker’s cyst looks painful because it is actually a painful condition. Due to the fact that inflammation is involved, it’s not unlikely for you to also experience stiffness in the affected knee.

Doctors say that there may also be clicking, popping or locking in the knee joint. Needless to say, having baker’s cyst can keep you from enjoying a normal day as it can become challenging to carry out everyday activities that involve the use of your legs or knees, such as walking, running and climbing stairs.

How is It Treated?

Usually, baker’s cyst does not require any kind of treatment. That’s because it tends to go away on its own once the fluid that has accumulated in the popliteal space is absorbed by the body.

But because there’s pain and inflammation involved, a doctor may recommend the intake of OTC painkillers.

However, at times baker’s cyst may require treatment most especially if it’s very large to the point that it is already incapacitating the person. At times corticosteroids are injected in order to considerably reduce inflammation or the size of the cyst, while in some instances the cyst may be surgically removed.

How Can Pain be Relieved?

Other than the intake of OTC painkillers, the signs and symptoms of baker’s cyst may also be managed through some simple home remedies.

Giving the affected knee plenty of time to rest is one of the smartest moves that someone with baker’s cyst may do. To help save the knee from unnecessary stress while walking, a cane or pair of crutches may be used. Ice packs can be applied on the area in order to alleviate pain and swelling.

Also Read   All about Frizzy Hair
Sourcejeffreybergmd.com
Previous articleHow to Remove Your Writer’s Block
Next articleHealthy Diet Tips to Max Out on Fitness

Know the Amazing Benefits of a Beauty Sleep

Zinc Rich Foods to Add to Your Diet

Determine Your Body’s Real Age with These 7 Exercises

Makeup Tips for Women with Freckles