Ascorbic Acid vs. Sodium Ascorbate: Which Vitamin C is Better? 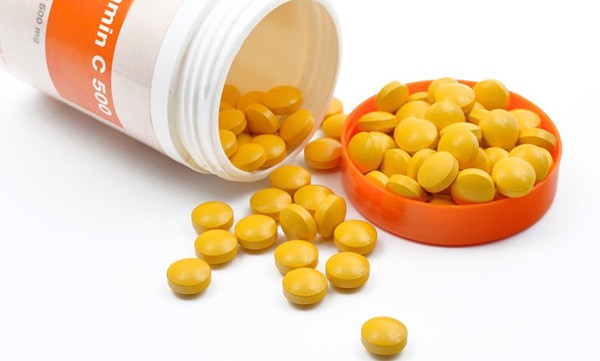 Stuff Your Pillow With These Flowers to Combat Insomnia

Everyone knows that vitamin C is important for having your body defended against all sorts of infections and diseases. That’s because it helps make your immune system strong. Vitamin C is also vital for healthy skin, hair, gums, teeth, bones and connective tissues. Further, it is important for the proper absorption of iron.

These days, you may come across a couple of types of vitamin C supplements. They are ascorbic acid and sodium ascorbate. So which ne should you go for? Continue reading to have a much better idea.

Getting to Know Them

In the past, there was only ascorbic acid available for those who feel that they are not getting enough vitamin C via the diet, or they are deficient in it. Ascorbic acid is an antioxidant, and it’s the same type of vitamin C that you can obtain from fruits — especially citrus ones — and some leafy vegetables.

It’s All About the Side Effects

First things first: ascorbic acid is a wonderful form of vitamin C. It is very good at strengthening the immune system and correcting medical problems that stem from a deficiency in vitamin C. However, there is a particular problem that is commonly faced by those who take ascorbic acid, and that’s hyperacidity.

Also Read   Reasons to Throw Some Enoki Mushrooms Into Your Diet

The name alone suggests that ascorbic acid is highly acidic. The intake of ascorbic acid can be a real problem for those who are prone to hyperacidity or have acid reflux. Because of this very common side effect of ascorbic acid, the introduction of sodium ascorbate into the market was inevitable.

There is another perk that is offered by the intake of sodium ascorbate, and that’s it is absorbed much faster by the body, according to experts. Furthermore, they add that sodium ascorbate tends to stay much longer in your body, unlike ascorbic acid that can be easily flushed out via the urine.

Again, up to 11 percent of sodium ascorbate is made up of sodium. We all know that some people should limit their consumption of sodium, such as those with high blood pressure and heart disease. So doing the math, you will be getting 111 mg of sodium if you will pop a 1,000 mg sodium ascorbate capsule in your mouth.

It’s important to note that both ascorbic acid and sodium ascorbate are superb at providing the many different health benefits of vitamin C. However, each one of them has its own set of pros and cons. Which one is best for you will depend on your needs. Definitely, it is a good idea to get the opinion of your doctor.

By the way, experts say that healthy individuals do not really need to supplement with vitamin C on a daily basis, be it ascorbic acid or sodium ascorbate. Your daily requirement of vitamin C, which ranges from 75 to 90 milligrams, can actually be obtained by having a well-balanced diet.

Tips to Tighten Skin on Your Face and Neck Fast

Fight Fatigue With These Home Remedies