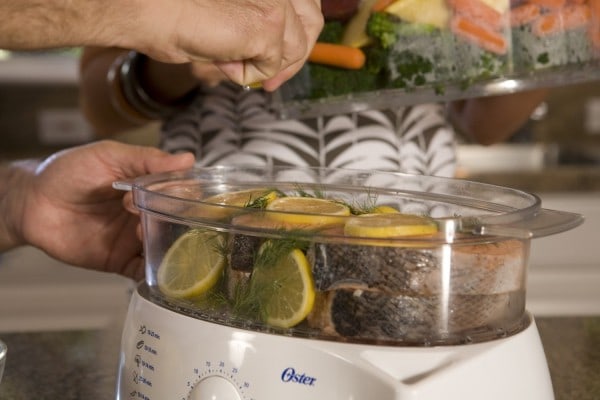 Amazing Benefits of Rose Water for Your Skin

Working out is just a portion in the quest for weight loss. Another part is incorporating a good diet into your overall plan. If you want to, you can actually prep your own food for a healthier you. And if you want to, you can check out these appliances. These appliances can help you get rid of the bad fat that can wreak havoc on your physique. And as a bonus, when you invite people over, you’ll appear to be a maestro in the kitchen with all the appliances on the counter.

This magical appliance can fry two pounds of food to a crisp with a single spoon of oil. And it can do a lot more than that. It can cook different kinds of food liki chilis, risottos, meats and veggies, and a lot more. There is what we call an internal convection oven that can heat up to 338 degrees Fahrenheit, before circulating the heat for cooking meat, potatoes or anything else that can have a crispy and crunchy outer layer. It works just like a deep fryer that way. And because only a single spoon of oil is used, whatever you’re cooking absorbs most, if not all, of it. That eliminates any waste products. It has a very simple on and off switch, and a timer. So, what you’re getting is fatty food with a lot less fat. Everybody wins.

Fatty food with a lot less fat was great right? But food without any added fat beats that. With this terrific appliance, steam is produced in under sixty seconds. That’s how quick it works. It can steam almost all veggies in under ten minutes. It has two bowls, one of top of the other, steaming trays and eight egg holders. So you can watch your favorite television show or play your favorite video games while you’re having your favorite healthy food steamed to perfection. It also has a timer and can shut down automatically after the set time.

This particular blender is as durable as any appliance out there. It has to be since it was invented to blend lots of kinds of healthy food. You can blend a smoothie. You can blend a soup. You blend a spread or a cocktail. Sure that last one isn’t one of the healthier food choices, but you’ll never know when you’ll be having one of those parties where cocktails are a must. Ithas a very tough and durable container, metal blades, two horsepower motor with heat protection, and it can be set in two speeds. There is also an instruction and recipe booklet.

Is it the top-of-the-line juice maker? No. Is it the critic’s choice? Maybe not. Is it the greatest juice maker in the history of juice makers? Hmmmm…still a no. But is it the best-looking one? Now, that we can argue. It has a body of silicon that is just a work of art. It attracts anyone who looks at it. It makes you want to make juice instead of popping another soda or beer from the fridge. It looks like any manual juice maker, with the exception that it has a motor. So just try pressing the top of the juice maker so the fruit will be pushed down and milked dry. There are two modes to choose from. The cyclone mode pulls the juices from pulps. Then it can also be extended vertically so you can put a tall glass under it to catch the juice. It comes in very attractive colors.

Manufacturer: Eat Smart This particular appliance will help you make sure that what you’re eating is the correct amount. This is a digitally-enhanced scale wherein you can try weighing food. Eleven pounds is the maximum cargo it can take. Theweight can be seen in four units of measurement – pound, gram, ounce or kilogram. There is also a timer that turns the scale off after three minutes. You can also eliminate the weight of the container which holds the food by weighing it first before putting in the contents. It’s precise to a gram. It’s also very affordable.

Manufacturer: Black & Decker It’s a normal rice cooker, and it works just like a normal rice cooker. It cooks those ever-rich sources of complex carbs and fiber called, youguessed it, rice. But don’t consume too much rice. You’ll gain a lot of weight before you know it. For this rice cooker, you can either cook rice or heat it. It has a non-stick pot and it’s very own rice spoon. This can only cook rice enough for a maximum of three people. Look for a larger rice cooker if you have a big family.

Everybody loves sushi. Who doesn’t love sushi? Restaurant sushi however isn’t as good as ones that are home-made. Restaurant sushi usually have a very small portion of fish, an equally small portion of fruit and a lot of rice. There are occasions where they lather it with mayonnaise which is very annoying especially for those who are on a diet. For nutritious sushi lovers you can prep sushi at home with the Sushezi. This particular appliance only does one thing – it makes sushi. And because of the way it is designed, you can make food that has the same shape like cheese rolls. But only do that during cheat meals.

Most veggies have to be sliced or diced. That’s what this amazing appliance does, and it does it better than the competition. You can cut veggies six different ways with this. It also has four thickness options for tomato and onion, and two options for carrot and potato. There is a trio of double-edged blades, with a ridge-filled base so the food doesn’t slide away.

Chips are bad for you. They’re oily and full of fat. But we just can’t stop munching on those little crunchy slices of heaven. And with this appliance, you can make your own. And the best part about it is the chips made from this appliance are healthier than your garden variety supermarket junk food. There is a slicer which cuts off little potato spuds (washed) into its chip shapes. There is also a rack which keeps the chips before it is put in the microwave. As we mentioned, it’s a lot healthier since it doesn’t use oil or deep frying. Just microwaves.

This is the appliance to get if you think you don’t have the time to cook and always end up buying food that isn’t healthy for you from convenience stores and fast food joints. Try setting it to low before leaving the house. It will cook the food the entire day. When you get home, you’ll a great dish waiting for you which is way better than the calorie-laden and fat-filled meals that are served in business establishments. This slow cooker has a three-and-a-half-quart capacity. But it’s also important to remember that veggies lose a few properties that make it healthy when cooked in a slow cooker. But your meat will taste as good as it ever will.

The Six Greatest Moves for Getting the Greatest Abs

Amelanotic Melanoma: Get to Know This Type of Skin Cancer That’s Hard to Diagnose