10 Cancer Causing Foods You Should Avoid 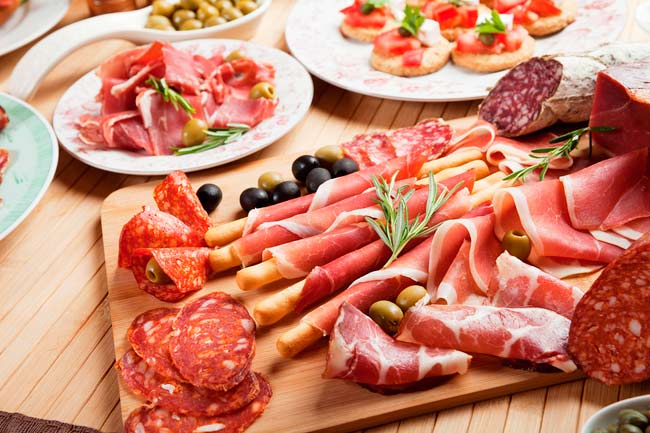 Most of the foods you eat everyday may potentially increase your cancer risk. Are you familiar with those foods?

Below are 10 of the most unhealthy and cancer-causing foods that you should avoid as much as possible:

GMOs and the chemicals used to grow them have been linked to cause rapid tumor growth. GMOs are found in most food derivatives made from canola, conventional soybeans and corn.

Stay away from these foods and stick to non-GMO and organic, locally-grown foods that are produced naturally without biotechnology.

Processed meats include bacon, lunch meats, sausage and hot dogs that contain chemical preservatives making them appear appetizing and fresh but can also cause cancer.

These meats contain sodium nitrate and preservatives which have been linked to increasing the risk of colon cancer and other forms of cancer. Choose only uncured meat products without nitrates and preferably from grass-fed sources.

Cans are lined with a chemical called bisphenol-A (BPA). This chemical has been shown to alter the genes inside the brain. BPA is on the radar from the FDA, as they are working to removed BPA or reduced them at least significantly in canned goods.

A bag of popcorn contains a chemical known as perfluorooctanoic acid (PFOA), which have been linked to bladder, liver, kidney, testicular and pancreatic cancer. The popcorn itself uses soybean oil, which is a genetically modified ingredient.

To preserve the popcorn, propyl gallate are used. These added ingredients may lead to stomach problems and can increase your chances of cancer.

Stay away from foods that are marked as “low fat” or “diet”, as these are filled with chemicals and can have adverse effects on your body. These diet foods are filled with artificial colouring, preservatives, artificial flavours and aspartame. These are known to be cancer-causing agents.

Opt to eat instead, organic and fresh foods and avoid those low fat and diet foods.

Soda contains food chemicals, sugar and colorings. Soda acidifies the body and feeds cancer cells. Soda chemicals such as its caramel color and derivative 4-methylimidazole (4-MI) have been specifically linked to cause cancer.

Farmed salmon is considered to be a high-risk cancer food because it is often contaminated with PCBs or polychlorinated biphenyls, carcinogenic chemicals, pesticides, antibiotics and flame retardants.

Hydrogenated oils are used in the preservation of processed foods and for its shelf-life. But hydrogenated oils change the flexibility and structure of cell membranes throughout the body, leading to some diseases including cancer.

Although some manufacturers are phasing out the use of hydrogenated oils and replacing them with palm oil or other safe alternatives, trans fat are still commonly used in processed foods.

Also Read   The Importance of Prebiotics

Potato chips are filled with trans fat, other chemicals and preservatives to keep them tasty and fresh. These ingredients can lead to complications in your body and what more, potato chips are fried at extremely high temperatures to give them that great crunch. This crunch creates a material called acrylamide, a carcinogen that is also found in cigarettes.

Choose instead the baked potato chips or tortilla chips, which have fewer chemicals.

Previous articleIs Your Health at Risk From Wi-Fi?
Next articleAre Short Individuals More At Risk from Heart Disease?

What Happens If Your Heart is Not Functioning Well?

Remedies to Improve Your Sleep Disorder