What are Some of the Reasons for Belly Button Pain? 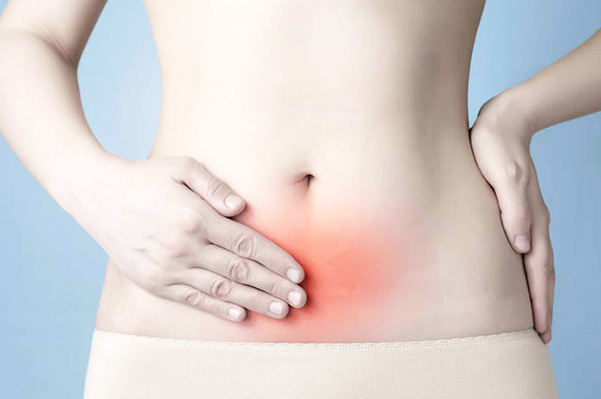 The No Acne Diet

Pain — it’s your body’s way of telling you that something isn’t right. Needless to say, it’s something that you should not ignore, especially if it refuses to go away after a couple of days or it is accompanied by other unusual symptoms. Your belly button is one part of your body that can become painful, and it can be due to a variety of reasons.

This article will introduce you to some of the most common causes for belly button pain, saving you from being confused and having to make wild guesses. Armed with the right pieces of information, you can get in touch with your doctor to keep the problem from worsening or causing complications.

Because there is a growing baby in your womb, it’s very much normal for your belly to expand to have your little bundle of joy accommodated. And because of the stretching of the abdominal region, it’s not unlikely for you to experience some form of pain in the belly button area, which is perfectly normal.

However, in rare instances belly button pain during pregnancy can be a sign that the baby inside your womb is in some form of distress. The pain can last for several days and can be described as dull and nagging. Needless to say, it is a good idea for you to have an appointment with your obstetrician as soon as possible.

Put simply, a hernia is the weakening or tearing of a muscle in the abdomen, causing a part of an organ to become displaced and protruding. One of the most common causes of hernia is straining while trying to lift something heavy. At times you may be born with it, and it’s just now that you are an adult that it has made its presence known.

Also Read   Get to Know the Risk Factors for Osteoarthritis

Most cases of hernia are not serious, although they do not go away on their own. However, there are instances in which they can cause dangerous complications, and that’s why they need to be dealt with via surgical repair. By the way, hernias can appear not only in the belly button but also elsewhere in the abdomen and even the groin.

The gallbladder is a small structure that serves as a storage space for bile that is produced by the liver. At times crystals out of cholesterol, bile pigments and calcium salts may form, causing what’s known as gallstones. In some instances, gallstones can be treated with medications, though surgery may be warranted at times.

Initially, pain caused by gallstones starts in the upper portion of the abdominal area. Quickly, the pain will travel to the area of the belly button. It’s not unlikely for the pain to also be felt in the right shoulder and in between the shoulder blades, too. The pain can come and go as the gallstones shift.

Even though very common, appendicitis is something that needs to be treated right away through the removal of the appendix. Otherwise, the inflamed appendix may burst, causing infectious materials to spread into the abdominal cavity. Such can lead to peritonitis, which is something that can lead to death if not treated immediately with antibiotics.

The pain associated with appendicitis can be felt in the left side of your belly button since your appendix is situated in the lower left part of your abdomen. Aside from pain, some other usual symptoms of appendicitis include loss of appetite, nausea, vomiting and mild fever.

Many different problems concerning the small intestine can cause pain in or around the belly button. Some of them include irritable bowel syndrome or IBS, celiac disease and crohn’s disease. Bleeding in the small intestine and also intestinal cancer are some other possible culprits.

Should You Workout While You’re Sick?

How to Treat Nail Fungus Naturally?

Have You Heard About Broken Heart Syndrome?