The Six Greatest Moves for Getting the Greatest Abs 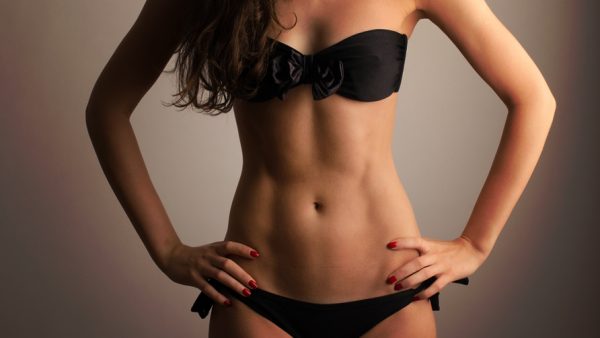 Foods Allowed on a Keto Diet

These are the exercises that could give you the abs you’ve been going for.

Sit-ups and crunches won’t give you a six-pack. Some experts believe that always bending your chest to your knees and returning to the original position may be very bad for your back. Along with eating right, a change of moves is in order to carve your tummy.

Grab a pull-up bar with your hands a bit wider than your shoulders. Start pulling the shoulder blades in a downward, then backward direction. Then bend your legs at your back. Your feet should be crossed and you should be squeezing your buttocks. Keep your abs tight to make sure you’re working your core. You are now at the starting position.

First, try pulling your body upward as you drive your elbows downward to your hips. Your collarbone should reach the bar before returning to the starting position.

If you can’t pull yourself up, try looping an exercise band over the bar and below your knees. Do three sets to failure with a two-minute rest in the middle of the sets.

Get a medicine ball. Start by holding the ball above you. Keep your upper body straight (good posture). Slam the medicine ball straight down to the ground will all the force you can muster. Stay safe though because some balls can bounce right back.

Do three sets of twenty repetitions with a minute’s rest between sets.

Also Read   5 Best Sources of Fiber for Your Health

When you feel like you can no longer go forward, try pushing your hands to the floor while tightening your abs and pulling the hips to your starting position.

Do four sets up to failure with a minute-and-a-half rests between sets.

Start by attaching a D-handle to the cable-cross machine and adjusting the pulley to the height of your chest. You may also use a resistance band wrapped around a pole if you want.

First, try standing around two feet from the cable cross machine. The right hand should grip the D-handle while the left will act like a guide. Brace the care and push the D-handle straight outward (it should stay right in front of your chest), before gradually returning the D-handle to the starting position.

Do four sets of ten reps on each side with a minute’s rest between sets.

Start by wedging the end of a barbell at the corner of the room (between two walls). Bring the other end of the bar up to your chest.

First, try pressing the bar straight out from your chest with both hands. Fingers should be interlaced and arms should be kept straight. Shift your shoulders from one side to another in an arc.

Do three sets of ten repetitions on each side with two minutes rest between sets.

Start by lying flat on your back on the floor. Bring up the legs ninety-degrees from your body.

Also Read   Tone Your Arms with No Weights

Do four sets of ten repetitions on each side with a minute’s rest between sets.

Is There a Connection Between Large Pores and Acne?

Other Uses for that Bottle of Harsh Listerine

What is Greywater? And Why Greywater Systems Should Be More Readily Available for the Common Household

Benefits of Kala Namak or Black Salt for Your Skin, Health, and Hair

How to Tell If Your Period is Coming