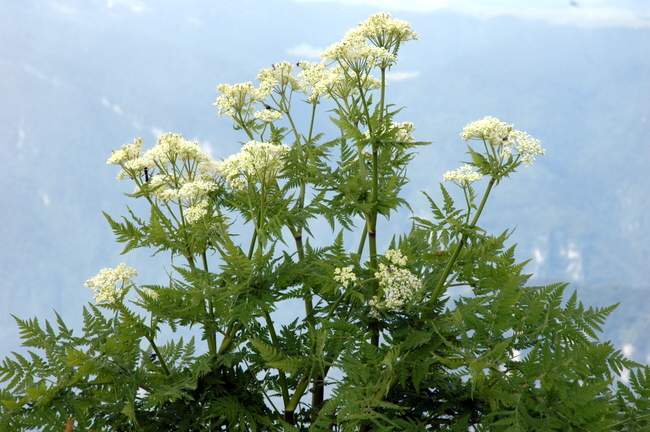 It looks like parsley but it tastes and smells like anise — that’s sweet cicely! The culinary and medicinal herb is native to central and southern parts of Europe, but now it can be found in many areas on the planet where the climate is cold.

The leaves of cicely are used fresh, and they are commonly brewed into tea or added to various dishes to make them savory. You can eat or cook the stalks in ways that you would celery stalks — they are pretty much the same in texture and taste! Unripe and ripe fruits of sweet cicely are also good for human consumption. They are usually chopped up and crushed before being added to food. They may be turned into tea, or used as food flavoring.

The roots, on the other hand, are often dried for various medicinal uses. So how about the tiny delicate flowers of the plant? It is said that they have to be removed as soon as they appear to save the leaves from losing their flavor.

So without further ado, let’s discuss some of the health benefits sweet cicely offers:

One of the many traditional uses of sweet cicely healing-wise is for the promotion of proper breathing. When consumed in tea form, the herb is known to alleviate breathing difficulty of someone with asthma or bronchitis. Sweet cicely tea is also good for those with upper respiratory tract infections such as the common cold and flu.

Removes Toxins in the Blood

The mild diuretic properties of sweet cicely make it an excellent blood purifier. Tea out of the fresh leaves or a special preparation using the dried roots of the said herb can help in increasing urine production, thus helping to flush out toxins in the bloodstream. Sweet cicely, because of its diuretic properties, is also used for treating gout.

Sweet cicely has certain compounds with antimicrobial properties. This is the reason why poultice or a decoction out of the herb’s various parts can be used for disinfecting cuts and scrapes. It is important to kill off bacteria in wounds in order to stave off an infection, something that can cause complications, some of which can be serious.

Just like peppermint leaves and ginger root, sweet cicely is very good at easing indigestion. After eating a heavy meal or something that contains a lot of spice or fat, you may end up with an upset stomach. Simply allow fresh sweet cicely leaves to steep in a cup of hot water, and then slowly consume to attain much-needed relief.

It’s not just indigestion that tea out of the fresh leaves of sweet cicely that can be alleviated, but a handful of other issues concerning your digestive system. For instance, it’s something that you may take if you are suffering from excessive gas or flatulence. It is also known to be effective in healing stomach ulcers and alleviating the symptoms.

Traditionally, sweet cicely is used for treating dog and even snake bites. However, it is definitely a good idea for you to seek medical attention right away if you are bitten by an animal, especially one that’s poisonous. While waiting to receive the appropriate medical treatment for it, sweet cicely may actually be used as first aid.

Another traditional use of sweet cicely is for the reversal of anemia, in particular the kind that stems from a deficiency in iron — a mineral necessary for the synthesis of oxygen-carrying red blood cells. You can save yourself from ending up with iron-deficiency anemia by consuming iron-rich foods as well as making your dishes tastier with sweet cicely.

Sourceblogspot.com
Previous article
Sore Nipples Facts and Home Remedies
Next article
Get to Know Fruitarian Diet Facts (And Some Bitter Truths About It)

Tips from the Pros: How to Curb Food Cravings Fast