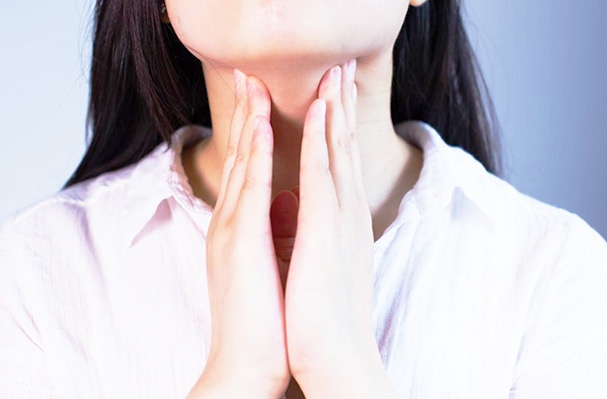 How to Squat Properly

Does it seem like there’s a tiny ball that’s lodged in your throat but you are quite sure that there is nothing in there because you can still breathe, eat or drink without trouble? Then there’s no need to panic. That’s what’s referred to by doctors as globus sensation, which is benign or harmless most of the time.

In this article, we will talk about some of the most common reasons why it seems like there’s a lump in your throat. Knowing them can keep you from panicking each time you feel like there’s a bump in there somewhere.

Make sure that you share this article on your various social media sites afterwards. Globus sensation is actually very common, and it’s not unlikely that your family members and friends are also encountering it every now and then.

Heartburn is a classic symptom of acid reflux — it’s that feeling that is commonly mistaken by many for a heart attack. Some other common acid reflux symptoms include a metallic taste in the mouth and excessive burping.

Some people with acid reflux also feel like there’s a lump in their throats. Experts say that it’s for the fact that acid that has escaped the stomach can climb up the esophagus and cause irritation of the throat.

Mucus from the nasal area due to the common cold or sinusitis can sometimes move down back the throat rather than escape the nose. Such is called postnasal drip, and it can cause the feeling that something is trapped in the throat.

Aside from a lump in the throat, postnasal drip can also cause a painful throat, frequent clearing of the throat, bad breath, nausea due to excess mucus that end up in the stomach, and cough that tends to worsen at night.

Is your everyday schedule a toxic one? Then don’t be surprised if it seems like a small ball is trapped in your throat. That’s because stress is another common culprit behind globus sensation.

Being stressed can cause various muscles of your body to become tensed. It’s not unlikely for your throat to tighten as well, thus making it seem like there’s a circular object that’s lodged in there.

Those who have anxiety or panic attacks can attest to the fact that they can cause all kinds of strange symptoms to come into being, ranging from heart palpitations, chest pain to pins and needles in the hands and feet.

Another common symptom of an anxiety or a panic attack is a lump in the throat, which is something that can exacerbate the feeling that the individual is choking or unable to breathe properly.

These are some of the most common reasons why it may seem like there’s a lump in your throat. Once the root cause goes away, globus sensation resolves on its own. For instance, drinking water or taking antacids can put an end to a bout of acid reflux, or taking slow deep breaths can end an anxiety or a panic attack.

It’s true that globus sensation is nothing critical. However, there are instances in which it’s due to a serious medical condition that needs to be diagnosed. Initially, it’s just a lump in the throat that may be experienced by the individual. Soon enough other symptoms will appear. Some of the medical conditions that can cause globus sensation include tumors, an enlarged thyroid and issues related to the nervous system.

WARNING: If that lump in your throat does not go away after a while and it seems like it is intensifying or some new unusual symptoms show up, see to it that you pay your doctor a visit ASAP.