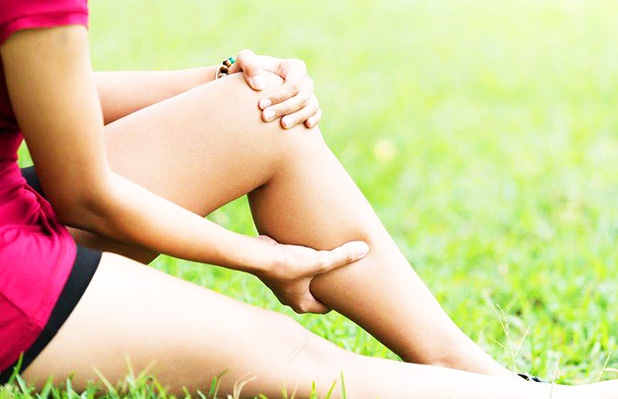 Binge-Watching TV Maybe a Sign of Loneliness or Depression?

They can be very common and oftentimes not dangerous, but leg cramps can leave you in a lot of pain. What’s more, they tend to strike when you are least prepared to face them, such as in the middle of your trip to dreamland.

Worry not because leg cramps are highly preventable menaces, and the secret to keeping them at bay is to know the things that can cause them to come into being.

So read on if you cannot stand leg cramps — below you will come across some of its most common causes.

Athletes and fitness buffs — these are some of those who tend to encounter leg cramps a lot. The reason? Dehydration caused by sweating a lot and not drinking enough water to replace lost fluids.

But just because you are not into sports or pumping iron doesn’t mean you’re off the hook — if you’re not consuming around 2 liters of water a day or you live where it’s really hot, then you are at risk of getting dehydrated and thus encountering leg cramps.

When you sweat a lot, it’s not just water that you lose through your skin but also electrolytes — minerals that are involved in a lot of bodily processes such as the contraction of the muscles. Potassium, magnesium, calcium, sodium — these are all electrolytes.

To make sure that you keep your electrolyte levels optimum, regularly consume bananas, sweet potatoes, watermelons, spinach, coconut water and milk. The intake of sports drinks is also a good idea especially if you like engaging in sports, intense workout out or other challenging physical tasks.

Also Read   The Benefits of Papaya

Using your leg muscles too much can put you at higher risk of encountering leg cramps — experts say that muscle fatigue can cause the nerves that send messages from the brain to the muscles and vice versa to misfire.

Endurance athletes are at higher risk of experiencing leg cramps as a result of muscle fatigue. This is most especially true if they fail to stretch their leg muscles adequately before engaging in sports.

Standing All the Time

Your leg muscles are designed to contract and relax. If they remain contracted for a really long time, it’s not unlikely for you to end up with leg cramps — and this is why standing for extended periods of time is considered as one of the most common culprits.

If you think that sitting all the time can keep leg cramps from pestering you, think again — experts say that leading a sedentary lifestyle such as sitting constantly can cause muscle dysfunction, which is something that can cause your muscles to contract unnecessarily and also painfully.

Are you a woman who is in the family way? Then don’t be surprised if it seems like you are experiencing leg cramps more often than usual — this is most especially true during the second and third trimesters of your pregnancy.

The body of a woman changes a lot while there’s a rapidly growing and developing baby in her womb, and this puts her at risk of ending up being deficient in potassium and magnesium, both of which are electrolytes. Also, her leg muscles can easily wind up fatigued due to the added weight they need to support.

Earlier, it was mentioned that leg cramps are not dangerous. However, that’s generally speaking — sometimes leg cramps can be due to underlying issues. Some examples of those, according to doctors are:

Hey, Ladies, Read Up: Enjoy These Herbal Teas to Boost Your Fertility

How to Improve Strength to Lift More Weights

Signs and Symptoms of Hormonal Imbalance