Home Remedies for a Bleeding Pimple 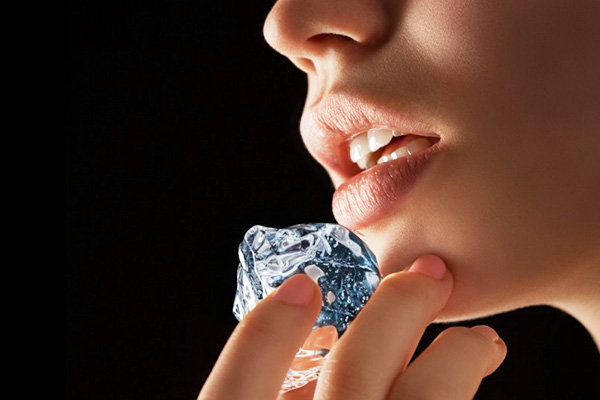 Exercises for the Perfect Bubble Butt

A pimple can bleed when it’s snagged by a fashion accessory like a necklace that you are putting on. Sometimes it’s due to accidentally scratching it especially if your fingernails are long.

Then there are also instances when a zit ends up bleeding because it is popped on purpose, which is an absolute no-no, according to dermatologists — doctors who specialize in skin-related matters.

No matter the case, it’s important for the bleeding of a pimple to be stopped. Otherwise, it may be at high risk of getting infected, something that can leave you scared for life!

Also, you don’t want the gooey stuff (pus) in the pimple to come into contact with the rest of your skin. That’s because the loads of bacteria it contain may cause pimples to form elsewhere!

Without further ado, here are some of the things that you may do to put an end to that bleeding:

Right away, rush to the freezer and reach for an ice cube. Wrap it in a thin piece of cloth and gently press against the zit that’s bleeding. It will take only a few seconds for the bleeding to stop — the cold causes the broken blood vessel to constrict, thus putting the leaking out of blood to an immediate halt.

To encourage prompt healing as well as to ward off an infection, immediately cleanse the bleeding zit with salt water. You can come up with it by dissolving a teaspoon of rock salt in 1/4 cup of water. Use a cotton ball to apply the mixture on the pimple. While this may cause some stinging, you can rest assured that it’s going to work wonderfully.

Thanks to the antimicrobial properties of honey, you can daub it on your bleeding pimple to keep it from getting infected. The application of honey can also get rid of the redness and inflammation present. After about 20 minutes, thoroughly rinse off honey with cold water, and then pat dry the area very well.

Because of its astringent properties, which mean that it can tighten anything from a large pore to a broken blood vessel, witch hazel can be an effective home remedy for a bleeding pimple. Simply soak a small cotton ball in witch hazel. Squeeze out the excess and press the cotton ball firmly on the problem area for a few minutes.

Numerous skin problems can be remedied with the simple application of aloe vera gel, and one of them is a bleeding pimple. All you have to do is extract a little gel inside the aloe vera leaf and apply on the trouble spot. Regularly apply on the zit until it’s completely healed to minimize the risk of it becoming an unsightly scar.

Placing a small slice of potato on the bleeding zit for several minutes can help put an end to your ordeal. What makes a slice of potato highly effective in stopping the bleeding of a pimple is the fact that it’s a starchy veggie. This means that it will absorb the blood and at the same time encourage blood clotting.

Also Read   Do You Have Alcohol Intolerance? Here are the Telltale Signs

These are some of the most effective home remedies for a bleeding zit. Remember to fight off the urge to pick the scab that will form after as it will only bring back the problem.

Sourcebeautyhacked.com
Previous articleHealth and Beauty Benefits of Aconite
Next articleFight Fatigue With These Home Remedies

Walking for Health: How to Start a Walking Routine

Which Beans Contain the Most Fiber?