Here are the Top Causes of Depression 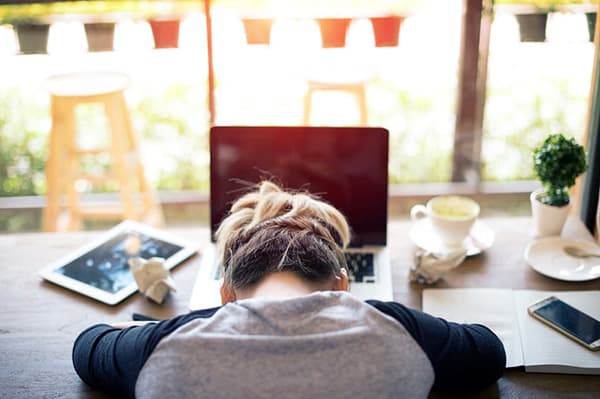 According to experts, 10 to 15 percent of the population will experience depression, the kind that’s regarded as a mental disorder and not something that everybody tends to feels whenever they are emotionally upset. However, it’s not always known why some people actually become depressed.

Below you will come across some of the things that are commonly blamed for having depression.

Health authorities believe that depression can run in families. After all, numerous family studies have shown that there’s a strong link between depression and genetics. If you have a parent, sibling or any other relative who is diagnosed with depression, you may be at risk of having the mental disorder as well.

Various parts of your brain communicate with one another with the help of chemical substances referred to as neurotransmitters. There has to be a proper balance of these neurotransmitters in the brain all the time in order to have the mood regulated. If some of them are lower than the rest, then there are all kinds of problems that may strike and one of them is depression.

Other than chemicals in the brain, chemicals in the rest of the body can also affect the mood. It is said by the mental health experts that women are twice at risk of ending up with depression than men as they are more prone to encountering hormonal imbalance. It’s exactly for this reason why a lot of women are prone to experiencing depression during their period, after giving birth and upon reaching menopause.

It’s no secret that some people suffer from depression during certain times of the year only, in particular when the days are shorter and the nights are longer. Mental health authorities say that such can be blamed on the disturbance of the circadian rhythm. The kind of depression that results from such is known as seasonal affective disorder or SAD.

According to experts, some cases of depression may actually be due to poor eating habits. For instance, some studies have shown that people who are not getting enough omega-3 fatty acids from the diet had some signs of depression. The same is true for those who are lacking in the mineral magnesium.

Somebody who is diagnosed with a medical condition, especially one that can be life threatening, for a long time already or just recently may end up facing depression, too. It is said that stress brought about by a chronic illness may trigger the mental disorder to appear. By the way, there are some medical conditions that can actually cause depression, and some of them are thyroid disorders.

Certain medications are known to cause depression as one of their side effects. Some of them include beta blockers, corticosteroids, anticonvulsants and statins. If you feel that the medication prescribed to you by your doctor is the reason why you seem to feel down all the time lately, don’t just quit taking it. What you need to do instead is inform your doctor about such side effect.

It’s no secret that a lot of individuals who are depressed turn to alcohol in order to attain relief from the symptoms, albeit temporarily only. However, it’s also possible for someone who abuses alcohol to end up with depression as alcoholism can cause all kinds of devastating life consequences, many of which can easily trigger depression.

Also Read   Get an Intense Muscle-Building Workout with Adjustable Dumbbells

There are so many things in life that can cause stress. They range anywhere from losing a job to losing a loved one. Experts agree that stress hormones can cause an imbalance in the brain’s neurotransmitter. Also, the various complications of stress such as lack of sleep and poor eating habits may aggravate depression.

Sourcetheconversation.com
Previous articleIron Deficiency and Hair Loss: Get to Know the Connection
Next articleSigns That You Are Feeling Overwhelmed and How to Solve It

Boost Your Memory With This Easy To Do Trick

11 Reasons Why You Should Exercise

Will You End Up With a Cold If You Go Outside With Wet Hair?

How to Make Watermelon Seed Butter (And Why Eat It, Too)