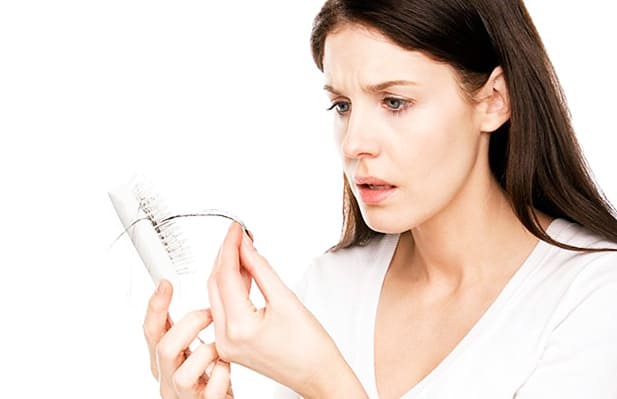 7 Ways to Terminate Termite Infestations In Your House

According to health authorities, it’s perfectly normal for you to lose 50 to 100 hair strands on a daily basis. If it seems like you are losing more than that and your mane is looking thinner than before, then there may be a problem. But before you panic thinking that you are exhibiting male or female pattern baldness, take deep breaths and keep on reading. Below you will come across a probable culprit to your hair loss, and that’s being deficient in the mineral iron.

Don’t forget to share this article on your various social media sites afterwards most especially if you have family members and friends who regard their tresses as some of their best physical attributes so that they, too, may learn about the connection between iron deficiency and hair loss.

When searching for some all-natural ways to enjoy thicker and longer mane on the internet, it’s not unlikely for you to encounter giving the scalp a nice massage on a regular basis. Well, that’s something that can really help you attain more voluminous and lengthier hair faster than usual because having regular scalp massages helps ensure that your scalp is supplied with plenty of blood.

It’s in your scalp where your hair follicles can be found. One of the things that your hair follicles require in order for them to stay healthy and function optimally is oxygen, which is transported from the lungs to the rest of your body via the bloodstream. It’s exactly for this reason why your scalp needs to have superb blood circulation if you want to be spotted with really gorgeous hair.

Only certain components of the blood are capable of carrying oxygen molecules from the lungs to the various cells of the body, and those are your red blood cells or RBCs for short. In order for your body to produce sufficient amounts of those oxygen-carrying RBCs, it needs to have ample supply of iron which is a mineral that’s found in liver, red meat, poultry, fish and leafy greens.

If you’re not obtaining enough iron from your diet, then the production of RBCs can become less than optimal. Such can result in a blood condition called anemia. There are many different types of anemia, and something that is caused by a diet that’s poor in the mineral iron is referred to as iron-deficiency anemia.

Because of iron-deficiency anemia, the hair follicles are not getting enough much-needed oxygen. This can cause some of them to fail to work efficiently, while others may actually die. When that happens, you end up losing more hair than your scalp can produce. Needless to say, your mane can easily end up looking thin and you will have lots and lots of hair strands strewn across your pillows and bathroom floor.

Also Read   Get to Know Dysfunction of the Burp Reflex

Having Enough Iron is the Solution

Unlike male or female pattern baldness, hair loss brought about by iron-deficiency anemia is something that does not require intensive treatment. In fact, all you have to do is increase your intake of iron by including more iron-rich foods in your diet on a regular basis.

By supplying your body with all the iron that it needs, the production of those oxygen-carrying RBCs can become optimal once again. This is usually enough to put an end to iron-deficiency anemia and ultimately hair loss.

Sourceeverydayhealth.com
Previous articleWhy Being Overweight May Increase Cancer Risk
Next articleHere are the Top Causes of Depression

Tips on Alleviating Neck Pain Due to Stress and Anxiety