Got a Headache? Smell This Very Common Fruit to Attain Relief 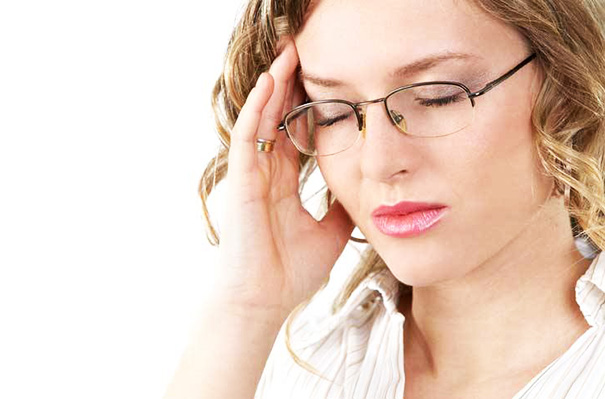 Before You Starts Clean Eating, You Must Read This!

What are the Side Effects and Dangers of Whey Protein Consumption?

Food Journaling Tricks that Will Make You Lose Weight

We all know that certain smells can trigger a nasty headache. Some of them include cigarette smoke, strong perfumes and even cooking odors. However, there are also smells that can help relieve a headache, and one of those that can really impress is that which is given off by a very common fruit — it may even be in your kitchen right now!

So what is this headache-busting fruit? It’s none other than a green apple.

Taking a whiff of green apple is no midwife’s tale. Actually, there are numerous scientific investigations conducted in the past that have confirmed the effectiveness of a green apple’s smell in dealing with a terrible headache. In fact, it’s also been found out that the smell of the said fruit is very good at reducing the intensity of a migraine attack.

The truth is scientists are completely in the dark as to why the characteristic smell of a green apple is capable of putting an end to a headache. However, they believe that certain compounds present in a green apple can help in relaxing muscles in the head and neck that are tensed and spasming once they are inhaled.

However, some scientists believe that the pleasing smell of a green apple can bring back happy and beautiful memories, and this can elevate the mood of the individual who is suffering from a headache. And when a person is happy, pain such as a headache can become so much easier to bear because one’s perception of it is reduced.

To employ a green apple for reducing a headache, simply take it very close to your nose and smell away. You may also opt for a slice of green apple as it tends to release more smell.

Also Read   What are the Symptoms of Vitamin B6 Deficiency?

However, there is a catch: based on the many different studies conducted on the ability of the smell of a green apple to reduce a headache, impressive results were seen only on individuals who actually liked a green apple’s smell.

In those studies, participants who never really liked the smell of a green apple said that the intensity of their headaches did not lessen even after given enough time to smell the fruit. On the other hand, those who are keen on the way green apples smell reported that their headaches reduced in intensity considerably. In fact, participants who suffered from migraines said that the pounding sensation of an attack was lessened after sniffing on green apples.

So in other words, if you are not really fond of the smell of a green apple, then taking a whiff of it when you are having a headache may not give you the result you are expecting.

But if you’re the kind of person who finds the smell of a green apple rather pleasing, then go ahead and smell one each time you are being bugged by a headache or even a migraine attack. A green apple can save you from the need to pop a painkiller in your mouth that tends to come with side effects and even risks if taken in high doses and for prolonged periods of time.

Don’t forget to share this online to let everyone know about the amazing ability of a green apple to combat headaches and even migraine attacks!

Sourcehomeremedyhacks.com
Previous article
Habits That May Increase Your Risk of Skin Cancer
Next article
Foods That Fool the Stomach: Eat These to Feel Full

5 Unusual Beauty Tips You Must Try

Want to Increase Your Energy Levels? Here’s How

Abscessed Tooth: It’s Not Something to Smile About

What Type of Oil Do You Need For Your Beauty Needs