Foods That Kill Good Bacteria in Your Gut 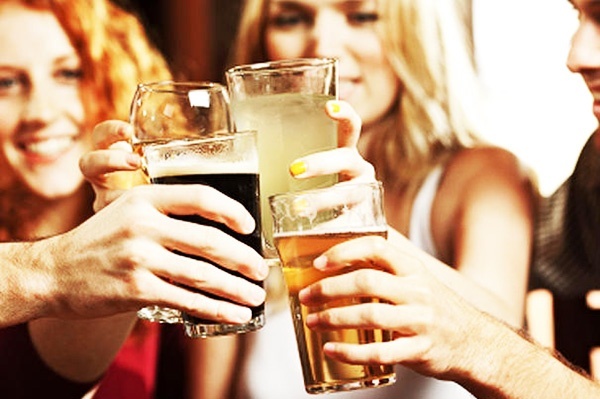 Whole Body Workouts You Can Do with a Chair

There’s someone who once said that diseases begin in the gut. Oh, and he’s none other than Hippocrates — you know, that Greek guy who’s regarded as the father of modern medicine.

Well, he’s right all along. According to scientists, there are so many medical issues that can be linked to poor gut health. Some examples of them are anxiety, depression, obesity, type 2 diabetes, autoimmune conditions like rheumatoid arthritis, chronic fatigue, and irritable bowel syndrome or IBS.

Quiet clearly, it’s important to make sure that the good bacteria in your gut always outnumber the bad ones in order for you to remain in the pink of health.

It’s no secret that one of the best ways to keep the population of your good bacteria optimal is by including yogurt in your diet on a regular basis. It’s also highly recommended for you to regularly consume fermented foods such as kimchi, tempeh, kefir, miso, sauerkraut and pickles.

Aside from adding certain foods to your diet, did you know that there are also foods that you should steer clear from if your goal is to increase the number of good bacteria in your gut?

Health authorities say that the following can kill off good bacteria residing in your gut, thus ultimately causing all sorts of health concerns to come into being:

We all know that sugar has to be avoided because it can cause the waistline to expand. Here’s another reason to dodge sugar: it encourages multiplication of bad bacteria in the gut, causing them to outnumber their good counterparts.

Also Read   Does Wearing a Hat Cause Hair Loss?

Experts add that sugar can be addictive — the more you consume it, the more you crave it. And once you’re hooked, your gut as well as your overall well-being is placed in peril.

Whole grains are good for the gut, say health authorities. However, it’s a completely different story for refined grains — they can wreak havoc on your gut health because, unlike whole grains, they do not have with them a type of fiber that helps foster good bacteria in the gut.

Besides, anything out of refined grains such as white bread, pasta, muffins, cakes, bagels and most breakfast cereals are devoid of nutrients. What’s more, they can cause elevated blood sugar, which is a risk factor for type 2 diabetes.

It’s not just refined grains that are bad for your gut, but others that are also modified such as processed foods. Experts agree that the ingredients added to these consumables can harm good bacteria residing in your gut.

Also Read   Snacks in a Jar Recipes to Prep Early

The consumption of processed foods, according to scientists, may also increase your risk of suffering from really deadly health problems such as heart disease and cancer. So if what you are about to put in your mouth no longer resembles what it looks like in nature, ditch it.

Unfortunately, the health perks offered by alcohol can easily be cancelled out if it’s consumed excessively. Remember that alcohol – rubbing alcohol or the kind you drink — can zap microorganisms, including those good bacteria in your gut.

What Happens When You Lose Weight?

Look and Feel Younger With These 10 Habits

What to Eat for a Healthy Immune System

Tips for Using Coconut Oil for Your Hair