Your Everything Guide to Apple Cider Vinegar 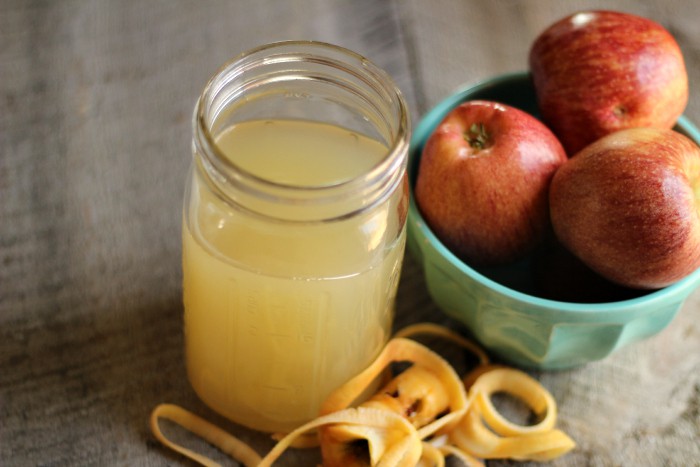 What’s with all the stuff about apple cider vinegar? If you haven’t been living under a rock, it’s pretty sure that you’ve encountered at least one article that paints apple cider vinegar as the new magical elixir that can cure almost all skin maladies and household and cleaning dilemma out there! Not to mention the fact that it can seriously promote weight loss too! Now, with all those benefits, who would not want to get in the apple cider vinegar wagon?

These past months it seemed that apple cider vinegar has elevated itself to be the new coconut oil—well, except the fact that it’s not at all a new remedy.  They say that Hippocrates himself, the Father of Modern medicine, has treated his patients with the glorious apple cider vinegar back in the day.  The Bible even has it as a health-promoting tonic and has helped in pickling foods since the 17th century, though more than likely, in these modern times, it was more often being used in salads and its dressings.

But really, how good is this stuff anyway? Should you be drinking it, placing it on your skin, or gargling with it? Try to find out with some facts below:

All those articles claiming that apple cider vinegar can halt weight gain probably points to the same study conducted back in 2009 in Japan where 155 obese subjects were all made to drink eight ounces of water after breakfast for a span of 12 weeks. Little did the test subjects know that they were split into three groups: water with a full tablespoon of apple cider vinegar, water with half a tablespoon of ACV and placebo drink as control. So in conclusion, those who drank water laced with vinegar managed to lose an average of 4.2 and 2.6 pounds while those on the control group gained roughly 1 pound.  Yes, the subjects lost weight without changing anything in their diets, however, when you think of it carefully, 2-3 pounds lost in three months does not spell much of a difference, plus the fact that the company who made the research was research arm of the Mizkan Group, a company which produces, yes, you got that right—vinegar!

There haven’t been a lot of studies pointing to ACV as a cure for acne and warts, but if you’ll ever be using the topical route, make sure that you dilute the stuff.  When used undiluted, ACV is strong enough to cause chemical burns to the skin when applied directly to warts or any skin infections.

A lot of people use ACV to gargle when they have sore or itchy throats. Some doctors point out though that the acidity of ACV can erode the enamel of the teeth if used too often. Yes, gargling can offer some relief, but when it comes to sore throat, it’s the act of clearing what’s at the back of the throat that matters most—not the liquid used itself.  People will have the same effect, even if they used some regular mouthwash or saline gargle.

If so many of ACV’s benefits are rather unproven, then why do a lot of people use it? For starters, maybe because it is a rather inexpensive alternative to other stuff out in the market that promises the same sets of results. Also, because it is so versatile in nature—you can ingest it and get something medicinal out of it, use it to season your food, or clean your floor with it. See? There are not much products that can trump that feat.

Plus, there’s always the magic of good marketing. People would want to think that there’s something we can ingest that can be some kind of a magic bullet. With vinegar ingestion, people would like to think that they’re doing something borderline healthy, when all they need to do is exercise, eat properly and generally, try to stay happy for them to accomplish the deed. It’s not going to be a medication, be it a pill of liquid that can make you healthy, it’s all the other stuff.

Still, if you have some ACV sitting in your pantry, there’s no big reason for you not to try it. Just make sure to keep it diluted before ingesting it, because not doing so, can burn your lungs straight if you accidentally inhaled it. It can also cause some irritation in your gut and maybe not a good idea for people who are suffering from ulcers, acid reflux or any other gastrointestinal issues. So again, ACV is okay, but use it with good caution.

Previous articleWays to Fall Asleep Minus the Medications
Next articleHaircare 101: Are you Shedding Too Much Hair?

Tips on Getting Rid of Bikini Bumps

How to Have Gorgeous Hair Even on a Budget