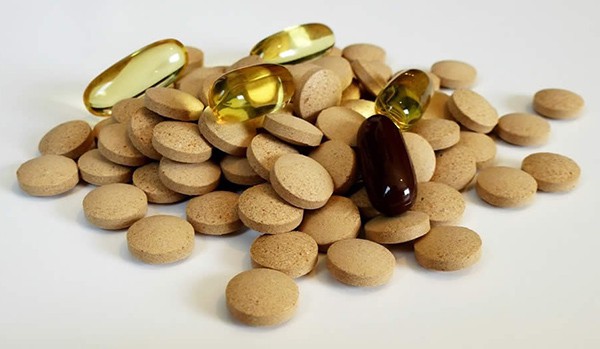 Tricks to Wake Up With Perfect Hair

Hepatitis B still remains a major concern in the medical community. Of the two billion people infected by hepatitis B each year, 600,000 unfortunately die from its complications. Recent studies by German researchers reveal promising information about the connection of Vitamin D and one’s susceptibility to the disease. Recent findings reveal that low Vitamin D is linked to growing risk of catching HBV in men and women.

In essence, hepatitis B or HBV can either be acute or long term in nature. It is primarily transmitted through bodily fluids including blood and seminal fluid. If the virus infection persists for too long, it can lead to permanent liver failure, liver cancer, and cirrhosis- a disease characterized by permanent scarring of liver tissues.

The research conducted by scientists from the Johann Wolfgang Geothe University Hospital reveals the direct association between high concentrations of HBV and low Vitamin D levels in the bloodstream. The study also reveals that low Vitamin D levels have no connection or relationship with increased susceptibility to contracting hepatitis C.

The two-year analysis was conducted on a total of 203 patients, all of which were diagnosed as HBV patients. All subjects have not received any form of treatment to alleviate symptoms associated with HBV. Researchers then measured the Vitamin D levels of all participants using the 25-hydroxuvitamin D test.

By rule, severe Vitamin D deficiency pertains to patients with less than 10ng/ml. Vitamin D insufficiency is set at 10 to 20ng/ml, and normal Vitamin D concentration is known to be more than 20 ng/ml.

Based on the results, 34% of HBV patients suffered from Vitamin D deficiency, 47% percent were found as Vitamin D insufficient, and only 29% of patients had normal levels of Vitamin D in their systems.

Further studies reveal that people who were identified carriers of the hepatitis B antigen have lower levels of Vitamin D.

Vitamin D plays a crucial role in health and wellness. It is a key nutrient in keeping the immune system at its peak functioning. It also assumes an important anti-inflammatory factor and deliver benefits among those suffering from metabolic liver disease.

Despite the new findings, scientists are still unsure of the direct correlation between vitamin D metabolism and long-term HBV infection.

As our liver has direct connection to metabolism, there are certain food items that are identified and proven to prevent liver malfunction.

Almonds are teeming with protein, fibers, and calcium. These superfoods are important as they facilitate proper functioning of many body organs including the liver.

Apart from vitamin D, blueberries contain a wide array of antioxidants that cleanse the liver and other important organs systems.

This food option is loaded in Omega-3 fatty acids- compounds that improve heart health and boasts an assortment of health benefits.

Food items that contain soy are filled with proteins and fibers, and bear low saturated fatty acids. They speed up metabolism and protects the heart from diseases.

Japanese Remedies for Dark Circles Under the Eyes