Here are Nail Conditions and What it Says about your Health 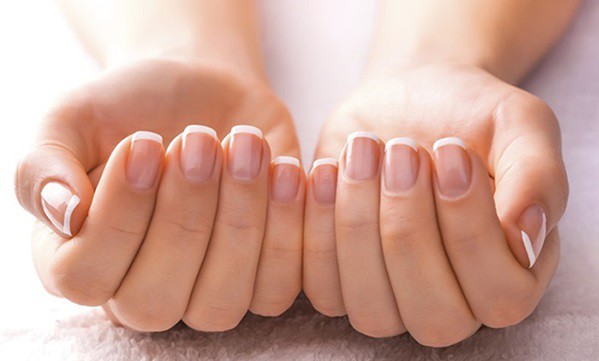 How to Perform the Foam Rolling Exercise

Korean Home Remedies for a Headache

Men and women spend a lot of money on taking care of their nails. In fact, some even spend hundreds of dollars just to make it look tidy and beautiful. But did you know that nails may also reveal the status of your health? There is more to nails than an aesthetic feature. It is best to take a closer look at your nails as they may leave you with some clues about your health and wellness.

Nails often reveal signs of vitamin and mineral deficiency and other serious medical conditions. In order to understand how nails reflect our wellbeing, let’s start with its composition.

Keratin makes up the nail bed. Its main function is protect our toenails and fingernails. It also features nerves, and lymph vessels that connect with direct connection to the bloodstream. The shape of our nails can be attributed to genetics and the quality depends on a variety of factors.

Healthy nails are typically smooth. In some cases, our nails become hard, stained, and even brittle if ignored or does not get enough care and attention. One excellent way of taking care of nails is by increasing vitamins and minerals supplementation as well as healthy dietary intake.

Also Read   Benefits of Snail Mucin for Your Skincare

The appearance and texture of our nails reveal a lot about our health. In fact, nails are considered good indicators of one’s general wellness. Here are common nail conditions that are directly associated with conditions of certain internal organs and overall health:

The yellowish discoloration of nails may be attributed to the use strong nail polish. The aging process is also a major factor in the yellow discoloration of nails. Furthermore, unhealthy habits such as smoking can give the nail that unsightly yellow shade. If you have thick, crumbly nails, you may also be suffering from fungal infections.

Also Read   The Basics of Erythritol

The primary cause of soft nails is iron deficiency. This disables women to grow their nails to a certain point as they usually break easy even when they are cut short. The solution to this problem is by simply increasing iron intake through diet and supplementation. Ideally, you need at least three doses of 325 milligrams of iron sulfate tablets daily to bring back healthy nails.

Clubbing refers to the downward sloping of the nail fingertips. It is a clear sign that the nails are not getting enough oxygen from the bloodstream. It is also a clear distinction of an individual suffering from lung disease. Other medical conditions that are linked to clubbing including AIDS, bowel disease, kidney disease, liver failure, and heart disease just to name a few.

The development of white spots on the nail is clear indicator of zinc deficiency. There are also cases wherein spots develop as a result of nail injury. Health experts recommend for people with white spots on nails to drink at least 50 milligrams of zinc daily as part of nail care. You may also need to increase your intake of food items rich in zinc such as pumpkin seeds, read meats, and pees.

Nails usually exhibit horizontal and vertical ridges. These imperfections may be caused by direct physical trauma to one or more nails, or they may also be due to s serious illness.

Also Read   Lower Your Blood Pressure by Trying This Smoothie

Horizontal nails are also called Beau’s line and may be due to conditions such as uncontrolled diabetes mellitus type 2, circulatory disease, psoriasis, and severe zinc deficiency. The Mee’s line is also a type of horizontal ridge on the nail that can reveal arsenic poisoning, Hodgkin’s disease, leprosy, and carbon monoxide poisoning.

Vertical ridges on the other hand are considered normal signs of aging. In some cases, it may also signify magnesium and Vitamin B12 deficiency.

Fungus growth on the nails is primarily caused by dampness in the environment. Excessive moisture is the perfect breeding ground for fungal growth. Once fungus starts living in your nails, it will start to thicken. Although nails may thicken, this does not mean that your nails become stronger. They will actually start turning yellow and brittle due to fungal invasion.

Also Read   The Basics of Erythritol

One good way of eradicating fungus is by soaking the nails in anti-bacterial tea oil a few times daily. You also need to supplement your diet with 200 mg of myrrh and herbs that boast anti-fungal qualities.

Four Proven Tips On How To Avoid Dumbbell Associated Injuries

Home Remedies for a Dandruff-free Hair

Circadian Rhythm: There is a Right Time for Everything