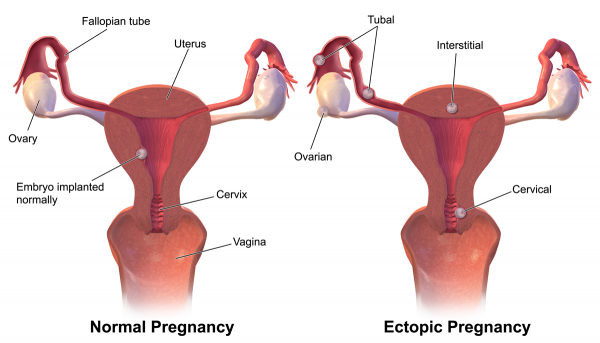 DIY Hair Toner Solutions to Do at Home

How to Perfectly Apply Eyeliner in Two Easy Steps

What is Ectopic Pregnancy?

To better understand ectopic pregnancy signs it is important to define the condition. Essentially ectopic pregnancy that is sometimes called eccysis is one of the types of pregnancy complications where the embryo is implanted outside of the uterine cavity. This is in comparison to normal pregnancy where the fertilized egg goes to the uterus and stays in the uterine lining. This is where it is expected to divide and grow.

Ectopic pregnancies usually happen within the Fallopian tube which is why it is also known as tubal pregnancies. However, implantation is not limited there since it can happen in the abdomen, cervix, and ovaries.

One bright side to ectopic pregnancy is that it does not belong to common pregnancy complications since only 1% of pregnancies result in the condition. The detection of ectopic pregnancy signs during initial fetal development can be achieved with advanced diagnostic capabilities. The advances in diagnostic and detection techniques during early gestation unfortunately have not reduced the seriousness of health problems it can cause the mother.

It cannot be stressed enough how pregnant women should avail of regular health care checkups especially for this pregnancy complication which cannot be solved by simple bed rest. The impacts of delayed diagnosis and failure to identify ectopic pregnancy signs lead to heavy implantation bleeding resulting in higher risk for the mother.

The risk can risk a point of becoming life threatening especially if the embryo implantation happens at the proximal tube right before entering the uterus. The health problems caused by ectopic pregnancies at this point can be attributed to the possible invasion into the Sampson artery resulting in the pregnant woman to bleed heavily earlier than usual.

Myomas, leiomyomata, or uterine fibroids are usually benign tumors associated with the uterus muscular wall. These are considered as the most common tumors found within the female genital tract commonly affecting women over 35 years old. Classification of fibroids is based on their actual location in the uterine wall. Appearance of fibroids is increased in obese women with lesser incidence for those who exercise and have leaner bodies.

The danger posed by fibroids in terms of ectopic pregnancy signs is that they can block the entrance of the tube into the uterus. This pregnancy condition poses health problems for the mother and places a higher risk with the ectopic pregnancy. Women who suffer from fibroids however have the chance to become pregnant again with the frequency of how miscarriages occur remaining variable.

Preeclampsia or Toxemia is a condition that is characterized by high blood pressure with swelling of the hands and face as well as presence of protein in the urine after the 20th week of fetal development. Untreated, it can result in potentially dangerous conditions which may lead to the death of the mother or baby.
According to the American Pregnancy Association, there is no specific treatment or prevention associated with preeclampsia, although observing healthy lifestyle will surely help.The only known way to terminate preeclampsia is to deliver the baby regardless whether it is preterm or full term.

It is important to make sure that once the symptoms of pregnancy has been detected that pregnant women immediately seek healthcare from professionals. It is not wise to wait for ectopic pregnancy signs to manifest themselves before getting adequate help from a health care provider.

Sourceimg: www.en.wikipedia.org
Previous articleTop Eight Reasons Why You Should Eat Chocolates During Pregnancy
Next articleThe Condition Of Heartburn During Pregnancy; Causes, Diagnosis, and Treatments

At Home Remedies For Sunburn

Water Recipe That Can Flush Away Fats!

Important Tips for Losing Weight for Women Over 40

Care For Your Menstrual Cycle: A Fresh and Healthy Period