The Condition Of Heartburn During Pregnancy; Causes, Diagnosis, and Treatments 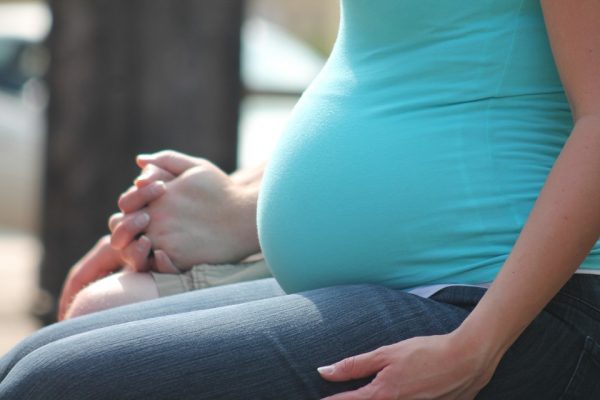 Secrets to Having a Healthier Heart

5 Ways to Reduce Hips and Thighs

One of the most common complaints of pregnant women is heartburn during pregnancy. It is important to make it clear that despite its name, the condition has nothing to do with the heart but rather has to do with the burning sensation felt at the center of the chest.

In general, heartburn during pregnancy is considered as harmless and common but can be quite uncomfortable. Moreover, the condition is usually manifested in women undergoing their first pregnancy.

If the condition persists even after pregnancy then perhaps you should consult a medical practitioner to ensure there are no other health problems associated with the heartburn during pregnancy.

Heartburn is a condition which is also referred to as acid reflux or acid indigestion. It usually causes a burning sensation which covers the bottom of the breastbone up to the lower throat. Normally this condition is brought about by physical and hormonal changes in the body like pregnancy.

When heartburn occurs the valve between the food pipe or esophagus and the stomach are not capable of stopping the stomach acids from going into the esophagus. Heartburn during pregnancy is increased because of the progesterone hormone that is responsible for making the valve relax.

Essentially, pregnancy is responsible for producing progesterone which is needed to relax the smooth muscles found in the uterus. Unfortunately the relaxation extends to the esophagus and causes the unpleasant burning sensation.

Also Read   How To Deal With Razor Burn

Moreover, the hormone progesterone responsible for heartburn during pregnancy also results in sluggish digestion because it slows down wavelike contractions of the intestines and esophagus. As the baby grows, it crowds the abdominal cavity

further pushing back the stomach acids to the esophagus. Normally, heartburn during pregnancy becomes more frequent during the third trimester of pregnancy.

Achieving a Healthy Pregnancy despite Heartburn

When it comes to heartburn during pregnancy it is almost impossible to completely eliminate it. However, there are some things that pregnant women can do in order to minimize the amount of discomfort that they feel.

1. Stay away from foods and drinks that can result in gastrointestinal distress like caffeine, carbonated drinks, acidic foods, chocolate, mustard, vinegar, and tomatoes among others. Drinking while pregnant is also highly discouraged because alcohol consumption can result in heartburn during pregnancy.

3. Control your intake of fluids to prevent your stomach from swelling. Keep in mind that it is still important to consume eight to ten glasses of water every day during pregnancy. However, instead of drinking it directly from the glass it is better to sip it using a straw.

5. Take your last meal of the day at least three hours before bedtime to have enough time for digestion.

6. Do not sleep flat on your back; rather use several pillows to elevate your upper body to keep stomach acids in the digestive tract.

8. Use comfortable clothing especially around the stomach and waist.

9.Use your knees when you need to bend down instead of bending from the waist.

It is important to understand that almost anybody is susceptible to heartburn especially without proper and healthy eating habits. Since the condition is more evident in people who are overweight or obese, the pregnancy weight gain can become a contributory factor for heartburn. This is why it is so important to observe healthy lifestyle during pregnancy. Moreover, the pregnancy weight gain may prove to be difficult to shed for most women.

Indigestion and Depression during Pregnancy

When contemplating on the most common causes of heartburn during pregnancy, two factors immediately come to mind. First is indigestion. This condition commonly occurs in pregnant women resulting in gassy, bloated, or full stomach. The condition which is also referred to as dyspepsia is normally attributed to the changes in eating habits during pregnancy brought about by hormonal changes.

It is quite clear that compared to other common pregnancy complications heartburn during pregnancy is not as dangerous. However, if left unchecked, it can be a contributory cause for serious health problems for both mother and baby.

Because of this, it is highly encouraged that pregnant women consult a medical professional to ensure that healthy pregnancy is ensured despite experiencing heartburn during pregnancy.

Sourceimg:www.pixabay.com
Previous articleEctopic Pregnancy- Causes, Signs and Symptoms, and Treatment
Next articleWhat To Do When Your Kids Are Picky Eaters?

The Basics of Krav Maga