Eat More of These to Crave Less Food 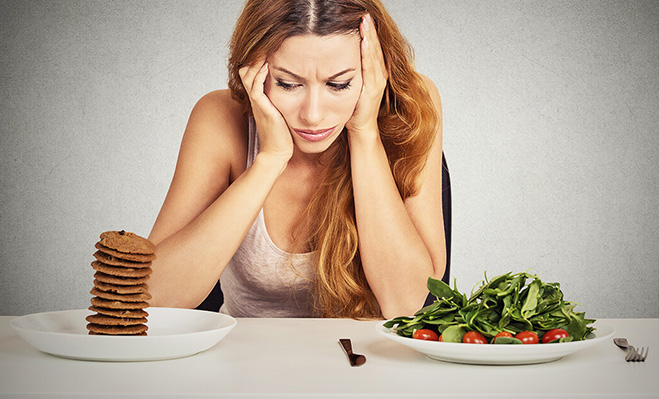 How to Maximize the Health Benefits Of Coffee

Are you trying to stay away from food because you want to lose weight? Don’t because it’s actually counterproductive for a couple of reasons:

It’s something that will slow down your metabolism because your body senses that it needs to conserve lots of energy, and this will only make it so much harder for you to shed off excess pounds.

It’s something that will put more and more fuel to your cravings because your body feels so deprived, until such time that you explode with sheer hunger, causing you to gobble up just about anything that you spot.

So in other words, it is a stupid idea to turn your back on food for you to obtain the figure of your dreams — that’s not going to happen!

What you need to do instead is reach for certain types of food if you want to curb your appetite. This may sound like the least logical thing on earth, but it actually works. So the next time your stomach is making a lot of noise and you can no longer hold back your craving, snack on the following to tame that raging appetite of yours:

Not completely happy with your mini lunch? Make it easier for you to dodge having a second serving or reaching for a snack a few hours after by consuming half an avocado. It’s loaded with healthy fat that makes you feel satisfied for a long period of time, plus it’s also loaded with fiber that’s heavy on the tummy.

If half an avocado is not accessible, fret not because you may simply get your hands on a tablespoon of peanut butter. That’s because it makes your stomach seem heavy for a long time, plus the protein it contains slows down the process of digestion. Regular peanut butter will do, so there’s no need for something that’s low in this and that.

Whether it is your stomach or sweet tooth that’s complaining, it is a good idea for you to snack on a small piece of dark chocolate — the kind that’s at least 70 percent cocoa. According to experts, dark chocolate is something that can curb your craving not only for sugar-laden treats, but also anything that’s salty.

Everyone knows that Greek yogurt is good for the gut as it supplies friendly bacteria. Did you know that it’s also a superb fighter of cravings? Sticky and protein-rich, this treat can undeniably curb one’s appetite instantly. However, do your best to steer clear of non-fat Greek yogurt or one that’s flavored to get the most benefits.

A small serving of oatmeal whenever your tummy is churning is a great way to have your craving put under control. It’s no secret that oatmeal is good for you, most especially if you are trying to lose some weight. Packed with fiber and loaded with water, there is no denying that oatmeal can make hunger non-existent for several hours.

There are a couple of reasons why glugging down a glass of whey protein shake is great for curbing your appetite. First, it has water that can make any hint of craving go away in a snap. Second, it is teeming with protein that can be very challenging for the stomach to digest, making you feel full for a longer time.

Having a small serving of chili con carne is a great way to make hunger go away. That’s because the beans it contains is flooded with fiber and protein, both of which feel so heavy on the stomach. The spiciness of this treat also makes you feel really satisfied, thus getting rid of any craving that you have.

Also Read   Tips on How to Clean Your Makeup Products

Last but not least, consuming an egg — yolk and white — can help you crave less food. This is most especially true if you make it a part of your breakfast. Nutrition experts say that both protein and healthy fat found abundantly in eggs make you feel really satisfied, plus they cause the process of digestion to really slow down.

5 Things You Should Know to Reduce Forehead Lines or Wrinkles