Why Ditch Soy Sauce and Switch to Coconut Aminos? 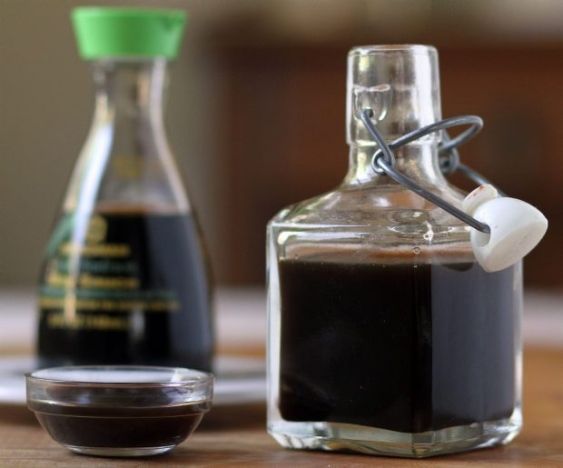 Meditation by Way of Spiritual Direction

What to Do When You Get a Nose Bleed

Soy sauce, a staple seasoning and condiment in Asian cooking, can definitely add a burst of flavor to foods. However, it is frowned upon by nutrition experts and health-conscious people alike because it’s bad for the health. This is why getting more and more attention these days is liquid aminos, touted as a wonderful replacement for soy sauce.

What makes liquid aminos good for you is the fact that it’s composed of only a couple of ingredients: the sap of organic coconut tree and organic sea salt. Since both ingredients are organic, the use of liquid aminos can give you peace of mind. Also, it’s completely devoid of all the harmful things found in soy sauce.

Soy Sauce is So Bad

There are plenty of reasons why the use of soy sauce as a seasoning and condiment is not a good idea. The taste alone is a clear sign that it’s loaded with sodium. We all know that limiting our daily intake of sodium is a very crucial step in the prevention of high blood pressure and heart disease.

However, the high-sodium content of soy sauce is just the tip of the iceberg. Since soy sauce is made from soybeans, it should be good for the health, right? Wrong! There are 4 reasons why soy sauce, despite of being out of soybeans which is regarded by many as a superfood, is terrible for your health:

Soybeans contain phytoestrogens, which are plant-based estrogens that can put the normal levels of hormones in the body out of whack and cause an assortment of issues.

Majority of soybeans on the planet are genetically modified organisms or GMOs, and lots and lots of scientific investigations have proven that the consumption of GMOs can damage one’s health in a number of ways.

So many soy sauce options on today’s market go through synthetic fermentation for cheap and rapid production, which basically means that there’s no health favor offered.

One of the ingredients present in most soy sauce is monosodium glutamate or MSG, which tend to cause various unfavorable symptoms to consumers who are sensitive to the said taste-enhancing substance.

It may look and taste just like soy sauce, but it’s not soy sauce — it’s coconut aminos! These days, you can come across so many Asian recipes online that call for the use of coconut aminos. Although it may not be as cheap and as trouble-free to obtain as soy sauce, it’s very good for you.

Coconut aminos does not contain as much sodium as soy sauce, which means it can keep your blood pressure from rising and your heart disease risk from increasing. Still, however, moderate consumption is important.

It contains no GMO product. In every bottle of coconut aminos, there’s just organic coconut tree sap and organic sea salt. Thanks to coconut aminos, you don’t have to ingest anything whose genetic material is tampered with.

Also Read   Erythrasma: Get to Know this Bacterial Infection of Skin Folds

There is no soybean used in making it. In other words, you don’t have to worry about the normal levels of hormones in your body being disrupted by phytoestrogens.

Coconut aminos does not have MSG. Especially if you find yourself having headaches and nausea after eating MSG-laden Chinese foods, then it is definitely a wise move for you to switch to coconut aminos.

It boasts of up to 17 amino acids, which are the building blocks of protein. It’s exactly because of the presence of these amino acids why coconut aminos is good for you.

Sourcepinterest.com
Previous articleCan a Mask Out of Egg Yolk, Banana, Beer and Honey Promote Hair Growth? (Plus Other Home Remedies)
Next articlePityriasis Rosea: Important Details on This Common Skin Problem

Slip into Sleep Fast with These Tricks

Top Reasons Why You Should Work Hard for a Leaner Body

Tips on How to Treat Dry Cracked Feet

Take a Look at These Important Matters About Eye Warts

Tips for Busy Moms on How to Find Time to Workout