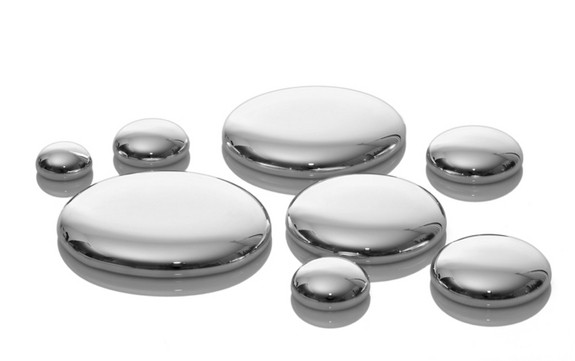 If you have been exhibiting symptoms of mercury poisoning, then you should immediately seek treatment, not only because mercury poisoning in itself can be fatal in higher doses, but because they can also trigger other diseases.

The problem is, mercury has a very destructive effect on the human body in general, and is known to target the immune systems, and any other organic system that works to detoxify your body. The following are just a few of the possible diseases you can get from mercury poisoning.

Acrodynia is a disease caused by exposure to poisonous levels of heavy metals, usually mercury. It is also known as the pink disease, due to how it would redden cheeks, nose, and lips of the person.

Some cases also include loss of hair, teeth, and nails. Rashes, hypotonia, and photosensitivity have also been noted. As with most diseases related to mercury poisoning, kidney damage is a distinct possibility, as are neuropsychiatric symptoms, such as emotional instability, impaired memory, and insomnia.

Hunter-Russell disease, or more properly known as Hunter-Russell syndrome, is the description for acute methyl mercury poisoning, which is usually acquired by eating fish or shellfish with high levels of methyl mercury in them. Symptoms include paresthesias, a sudden limiting of the person’s visual field (usually loss of peripheral vision), ataxia, and impaired hearing and speech. The name is taken from a study among workers in a factory in Norwich, England, where methylmercury was used as a disinfectant and preservative.

Minamata disease is another description for neurological poisoning brought about by severe methylmercury poisoning. Its symptoms are similar to Hunter-Russell disease, with an emphasis on muscle weakness and permanent damage that leads to lifelong impairment or loss of sensory input for hearing and sight. It also covers extreme cases where insanity, paralysis, coma, and death follow only weeks after the onset of the range of symptoms. Minamata disease also describes the damage to fetuses exposed to high levels of mercury. Sever developmental disabilities, such as cerebral palsy, mental retardation, and seizures are the normal symptoms of congenital Minamata disease.

Other diseases that can be triggered by mercury poisoning

Because of how wide the destructive effect of mercury is on the body, many other diseases have been linked to mercury exposure, such as Crohn’s disease and some forms of Alzheimer’s.

Healthy, at Home Treatments for Facial and Body Acne

Increase the Mass of Your Forearms with these Five Exercises