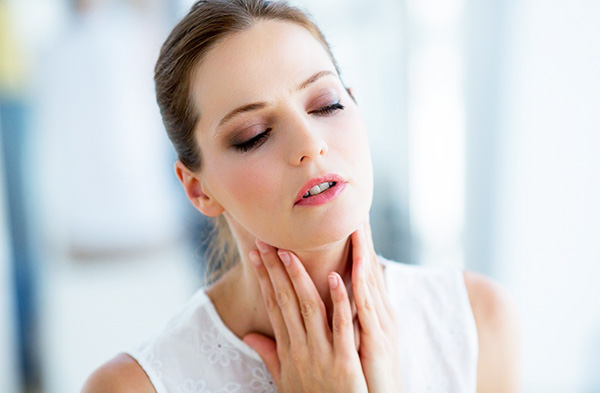 Got Itchy Scalp? Here are Some of the Reasons Why

Home Remedies for a Burnt Tongue

Diphtheria is one of the communicable diseases in humans. Caused by the bacterium Corynebacterium diptheriae, the disease begins two to five days following exposure. It produces symptoms that may result to airway blockage, making it a potentially life-threatening disorder. The following are the causes, signs and symptoms, and home remedies for diphtheria.

Diphtheria is acquired via direct contact to the secretions of a person who is infected by the disease. According to Medical News Today, these include droplets breathed out into the air, secretions from the nose and throat, infected skin lesions, and articles like clothes and beddings. As per the publication, the infection spreads from one person to another via mucus membranes; notably, the causative agent attacks the nasopharynx, the lining of the nose and throat.

Diphtheria presents a number of signs and symptoms. According to Mayo Clinic, these include sore throat, pseudomembrane, hoarseness of voice, difficulty of breathing, swollen glands, tachypnea or rapid breathing, fever, chills, nasal discharge, and body malaise, among others. As per the publication, the aforementioned symptoms typically start two to five days following the infection. It is added that people can be carrier of the disease; they remain asymptomatic or free of symptoms, but can spread the infection. As per the publication, medical consult is essential if exposed to someone with diphtheria and appointment setting is a good move if vaccination against is uncertain.

Diphtheria is usually treated with antibiotics like penicillin and erythromycin and antitoxins, which is injected into a muscle or vein to neutralize the toxins in the body. Along with these treatment options, some remedies can also be done at home to manage diphtheria and its symptoms.

Garlic and tobacco are two remedies for diphtheria. According to Organic Facts , garlic is able to cure a number of deadly diseases, as well as diphtheria. As per the publication, the person takes a spoonful of two to three crushed garlic cloves, rolls them in his mouth, and swallows them. The remedy can be repeated as often as possible, since it is also an herbal treatment for hypertension and toothache. Meanwhile, the person can also grab a tobacco pipe with a live coal in its bowl. Then, he places a little tar and smokes it in his mouth. As per the publication, the process is seen as safe and tested in reducing the signs of the disease.

Fruit juice, such as orange and pineapple, also serves as remedy for diphtheria. Both fruits contain vitamin C, which boosts the body’s immune system. The vitamin also raises the action of the substance called collagen, which acts as cement and binds loose connections between tissues and cells. According to Ayurvedicure, orange juice increases the body’s energy levels and promotes urination, which flushes the bacteria through the urine. Then, pineapple juice also helps separate the pseudomembrane and eliminate the toxic substances from the throat.

Also Read   The Perfect Diet for Yoga and Pilates Practitioners

Diphtheria is a communicable disease that can affect a person’s airway patency, making it life-threatening. Thus, it is best to seek medical consult from a doctor for proper assessment, diagnosis, planning, intervention, education, and health education.

How to Paint Nails on Dominant Hand without Messing It Up

Are Hair Extensions Good for You?

Hair Tips for People Who Love To Color Their Tresses