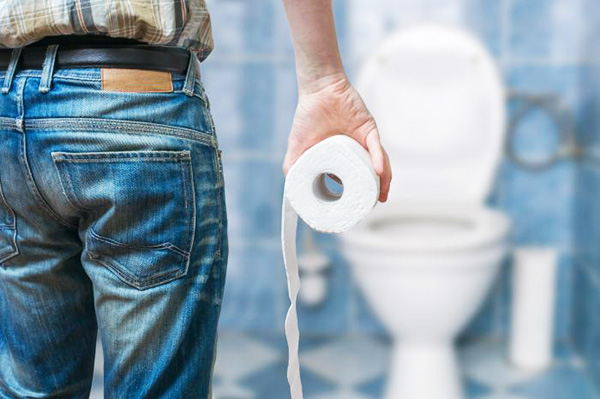 Diarrhea, also known as loose bowel movement, refers to a condition of having three or more loose or liquid bowel movements a day. This condition usually lasts for a few days, but may lead to dehydration secondary to fluid volume deficit if left unmanaged. The following are the causes, signs and symptoms, and home remedies for diarrhea.

Diarrhea is caused by the irritation of the gastrointestinal tract, primarily secondary to exposure to microbes. Microbes can be acquired from consuming contaminated food and drinks, putting the hands to the mouth without performing handwashing, and poor hygiene. According to Web MD, bacteria and viruses can be the microorganisms responsible for the disease, but food, medicine, stress, and medical conditions are also contributing factors.

Diarrhea presents several signs and symptoms. According to Mayo Clinic, these include loose watery stools, abdominal cramps and pain, fever, blood in the stool, bloating, and the urgent need to have a bowel movement. Medical conditions like acute gastroenteritis present diarrhea, along with nausea and vomiting due to irritation of the gastrointestinal tract.

As per the publication, one should see his doctor if the diarrhea persists for more than two days, severe abdominal or rectal pain is present, bloody or black stools are present, body temperature rises to 39 degrees Celsius, and if dehydration symptoms, such as increased thirst, dry mouth and swollen tongue, weakness, dizziness, palpitations, confusion, sluggish fainting, and fainting.

While medications may be prescribed for bacterial diarrhea, home remedies may also apply in the management of the condition.

Yogurt is one of the known remedies for diarrhea. According to Top 10 Home Remedies, yogurt contains live bacterial cultures like bifidobacterium and lactobacillus acidophilus, which both counter the microbes that cause bacteria by restoring the good bacteria in the intestines and destroying the bad bacteria. Also, a 2009 study published in the “Journal of the American Medical Association” found that probiotics in yogurt can aid in the reduction of antibiotic-related diarrhea. It is recommended to take two bowls of yogurt per day to relieve the condition. Also, a banana can be added for sugar and potassium, which counters weakness related to the disorder.

Diarrhea can cause dehydration, which is fluid volume deficit in the body. If the fluid volume levels go very low, the person may be in shock and die. According to Virginia Commonwealth University Health Center internal medicine and inflammatory bowel disease program director Stephen Bickston, as cited by Everyday Health, sports drinks worked because of their sugar and salt content, which both allowed water to be more easily absorbed and even more so when taken together. As per Bickston, people could make their own sports drinks by adding a teaspoon of salt to a quart of apple juice, adding that the little amount of salt would help the body absorb fluids without making the apple juice taste bad.

Since diarrhea may be caused by certain foods, especially those that are contaminated, it is vital to choose the ones to eat. According to Health Line, milk, soda, alcohol, and other caffeinated and carbonated drinks will worsen the diarrhea symptoms. Conversely, the digestive tract will not be able to tolerate dairy products, as well as oily foods. Also, foods like peppers, chickpeas, prunes, corn, peas, beans, and broccoli can be avoided to reduce bloating.

Diarrhea is not as severe as gastrointestinal forms of cancer; however, weakness will interfere a person from doing his activities of daily living while dehydration from fluid volume deficit may be life-threatening if not managed. Thus, it is best to act immediately for proper assessment, planning, intervention, education, and evaluation.

Sourcemedicalnewstoday.com
Previous articleAttain Relief From the Symptoms of Chicken Pox With These Home Remedies
Next articleHome Remedies for Tinea Faciei (Ringworm of the Face)

Know Why You Need to Shave Less Often

Shaving Tips Every Men Should Know

Tips on Alleviating Neck Pain Due to Stress and Anxiety