Common Causes of Pain in the Front of the Neck 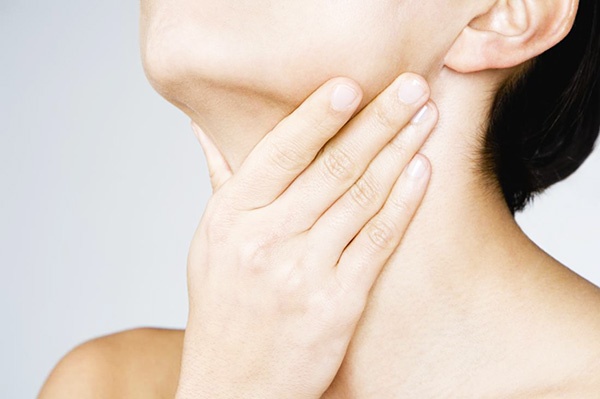 The Importance of Owning a Glucose Meter among Diabetes Patients

Pain in the front of the neck is different from pain in the throat. Consisting of the pharynx and larynx, the throat is just one of those that are situated in the front portion of your neck. Muscles, cartilages, ligaments, nerves, blood vessels, airways, lymph nodes, glands — all of these make the front part of a person’s neck a complex structure.

Although it’s true that a sore throat can definitely leave the front part of your neck achy, doctors say that there are many other reasons why this area could hurt. This article will get you introduced to some of the most common ones.

Simply put, epiglottitis is the inflammation of the epiglottis — a cartilaginous flap situated in the throat designed to keep food and drinks from getting into the windpipe.

In some instances, the epiglottis can become swollen due to the intake of hot or acidic beverages, or caustic chemicals. Sometimes it’s brought about by an infection. Epiglottis is regarded as a medical emergency as it can interfere with breathing and swallowing.

Your neck is home to your voice box or the larynx. When you have the common cold or flu, there’s this possibility for your larynx to become inflamed. Doctors refer to such condition as laryngitis.

Because laryngitis is due to a viral infection, the intake of antibiotics is pointless. The good news is it’s something that tends to go away on its own — resting, drinking lots of fluids and allowing the voice box to rest are some of the things that may be done at home.

Also Read   Have You Heard About the Dirty Keto Diet?

Also known as whiplash, a neck strain or sprain can cause various parts of the neck to feel achy and sore, and that includes the front portion of it. A whiplash injury happens when the head jerks forwards or backwards, such as during a vehicular accident.

Overstretching the various structures situated in the neck such as the muscles, ligaments and tendons can definitely cause pain. A whiplash is just one of the many different types of physical injuries to the neck that can cause the front part of a person’s neck to hurt.

Many people assume that acid reflux can only cause pain in the chest area as a result of heartburn, which is one of the common symptoms of the said digestive issue.

Not too many are aware of the fact that acid that has escaped the stomach may also reach the throat, causing irritation in the said area. Such is what’s referred to by the experts as reflux laryngitis or reflux pharyngitis, depending on which part of the throat is affected.

It’s no secret that a heart attack can cause squeezing or crushing type of pain in the chest. It’s also common knowledge that chest pain due to a heart attack can sometimes radiate to the arms, upper back, shoulder, neck and jaw.

Needless to say, in some instances pain in the front of the neck can be due to a heart attack. Experts say that such is more common in women as they tend to encounter symptoms that are not typically associated with a heart attack, unlike men who tend to experience classic heart attack symptoms.

As mentioned earlier in this article, the front part of the neck consists of many different structures. Some of them may develop cancer, leading to pain in the front of the neck as one of the symptoms.

WARNING: If pain in the front of your neck refuses to go away, intensifies or is accompanied by other unusual signs and symptoms, it’s a good idea for you to have the problem reported to your doctor without

Sourcemedicalnewstoday.com
Previous articleBanish Itchy Scalp this Summer with Home Treatments
Next articleCelery Juice is Trending, But Should You Really Drink It?

5 Beauty Hacks to Try this Week

Exotic Fruits and Vegetables That are Extremely Good for Your Skin

10 Foods That Stain your Teeth

Everything You Need to Know About Baking Makeup