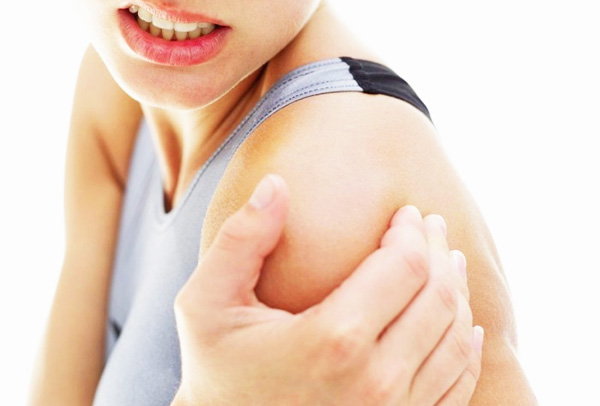 The How-Tos to a Perfect Hair Day

A bursa (plural: bursae) is a fluid-filled sac that helps reduce friction between tissues of the body, such as your bones and tendons. For some reasons, a bursa can become inflamed. Definitely, it’s something that can cause pain, which is described by many as a dull ache. The area where the affected bursa is can also appear red and feel warm.

Just about any bursa in your body can end up inflamed, although bursitis usually strikes in areas that are frequently used such as the knee, hip, elbow and shoulder joints.

Most of the time, bursitis is something that can be managed at home. It may take a few weeks for it to subside, although in some instances it may take a much longer time to completely heal, depending on its severity. At times a doctor may recommend removal of the fluid in the affected bursa, injection of corticosteroids or intake of antibiotics.

Usually, bursitis is the result of an injury involving a joint, causing the bursa to end up swollen and achy. It’s exactly due to this reason why athletes and physically active people are at high risk of having it.

Sometimes bursitis may also be due to repetitive movement or overuse of a joint. Such a case causes the bursa to end up inflamed over time, which means the problem does not appear right away. The knee is one of joints in your body that’s prone to developing bursitis eventually, and it’s something that’s also referred to as “housemaid’s knee”.

You may not engage in sports or intense or repeated physical activities and still end up with bursitis. This is especially true if you have a medical condition that can be attributed to its development. Some of those that can make a bursa inflamed are rheumatoid arthritis, systemic lupus erythematosus (SLE), gout and scleroderma.

Also Read   Reasons Why Your Wrist is Hurting

Individuals who are overweight are also at risk of ending up with bursitis. With all the excess pounds that some of the joints have to support all the time, bursae in those areas can easily end up worn out and swollen.

There are instances in which bursitis is due to an infection, which is referred to as “septic bursitis”. This can happen when a cut or break in the skin allows bacteria to enter and infect a neighboring bursa. Usually, people whose immune systems are weak or compromised are the ones most susceptible to having this kind of bursitis.

Bursitis can make the joint involved appear red and inflamed. When touched, the area can feel warm. It is said that the kind of pain associated with bursitis is the dull one. Also, moving the joint where the swollen bursa is or applying pressure on it can worsen the localized pain experienced.

A few other symptoms may come with septic bursitis, the kind of bursitis that is caused by an infection. Somebody who is suffering from septic bursitis may have fever and chills. It’s not unlikely for him or her to have cellulitis — no, it’s not the lumping or dimpling of the skin, but a bacterial infection of the skin and tissues beneath it.

Fortunately, most cases of bursitis can be effectively managed at home. Some of the steps that may be taken if you have bursitis include giving the affected area plenty of rest, applying ice pack and elevating the joint. The intake of over-the-counter (OTC) painkillers may also be done for relief.

Also Read   Transform Your Skin with These Asian Ingredients

A doctor may use a needle and syringe to aspirate (draw out) the fluid in the affected bursa if the problem is really severe. Corticosteroids may also be injected to control the swelling. In the case of septic bursitis, a doctor may prescribe antibiotics to control the infection.

The Beauty Benefits of Sleep

5 Ways to Use Eggs for Your Beauty Needs