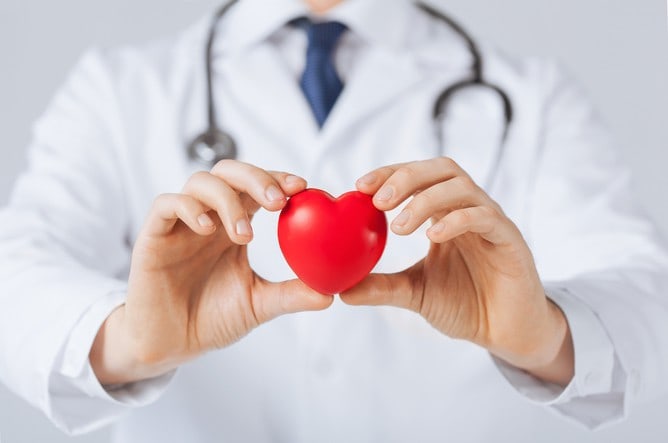 7 Foods That Make You Hungrier

Atrial Fibrillation, also called AF or A-Fib, refers to an abnormal heart rhythm characterized by fast and irregular beating, due to the impairment of the heart’s electrical system. With signal disordered, the heart’s upper chambers, the atria, squeeze very fast and out of pace.

Atrial Fibrillation begins as transient periods of abnormal beating, which progresses or becomes steady over time. Generally, most episodes present no symptoms; however, there are occasional times of chest pain, palpitations, shortness of breath, and fainting. A type of superventricular tachycardia, atrial fibrillation raises the risk of heart failure, stroke, and dementia.

According to Centers for Disease Control and Prevention (CDC), about 2.7 to 6.1 million people in United States have A-Fib. It is also noted that approximately two percent of people less than 65 years old and nearly nine percent of people more than or equal to 65 years old have the condition. As per the publication, A-Fib increases with age and men’s lifespan is generally live shorter than women, despite the latter experiencing the condition more than men. Also, those of European descent are more likely to have the condition, as compared to African Americans.

Several heart issues that may cause atrial fibrillation include coronary artery disease, heart valve disease, rheumatic heart disease, heart failure, weakened heart muscle or cardiomyopathies, congenital heart disease, and pericarditis, the inflammation of the membrane or sac around the heart.

Other medical conditions that may lead to atrial fibrillation include high blood pressure, lung disease like chronic obstructive pulmonary disease (COPD) and emphysema, pulmonary embolism or presence of blood clot in the lungs, hyperthyroidism or overactivity of the thyroid gland, obesity, diabetes mellitus, sleep apnea, and viral infections.

While some people do not exhibit symptoms atrial fibrillation outside the clinic, symptoms can be discovered during a physical examination. According to Mayo Clinic, common signs and symptoms of the condition include chest pain, shortness of breath, fatigue, activity intolerance, lightheadedness, dizziness, confusion, and palpitations, which are sensations of uncomfortable, racing, and irregular heartbeats.

According to Emedicine, a variety of factors are necessary in the regulation of heart beat rhythm and control and these factors include the degree of symptoms, cardioversion success probabilities, presence of comorbidities, and AF ablation candidacies.

Cardiac hemodynamics are improved through restoration of sinus rhythm, coupled with regularization of heart rhythm. If the atria contribute to cardiac output, heart failure symptoms will be avoided and the overall quality of life is improved.

For long-term management of atrial fibrillation, focus is about reduction of AF recurrence, AF-related symptoms, regulation of ventricular rate, and reduction of stroke risk. Also, treatment is geared towards integration of patient-specific factors and success probability. Also, anticoagulation aims to decrease the risk of thromboembolism and recommendations for anticoagulation are based on guidelines from 2006 ACC/AHA/ESC task force on atrial fibrillation management.

Also Read   Beauty Products that You Can DIY

With the aforementioned information on atrial fibrillation management, it is important to consult the doctor when symptoms appear.